The Law Society of British Columbia has wrapped up its 2016-2017 bencher elections and the results are in. Six new benchers will join the regulator with another 16 re-elected. 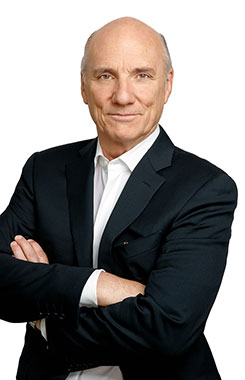 Crossin was first elected as bencher in 2009. He is a partner at Sugden McFee & Roos LLP and practises litigation in the area of commercial, criminal, and administrative law and has appeared at all levels of court in British Columbia and the Supreme Court of Canada. He has been recognized as lawyer of the year in the area of criminal defence in 2015.

Van Ommen started his bencher career in 2008 when he won the Vancouver county by-election with 773 votes. Commercial and corporate litigation is Van Ommen’s area of practice at McCarthy Tétrault LLP in Vancouver. Prior to being elected Van Ommen has acted as counsel in disciplinary and credential hearings for the LSBC. He is also a sports enthusiast having managed a peewee baseball team and acted as director of the Delta Gymnastics Society.

Benchers are elected for two years on renewable terms. There were a total of 12,740 eligible voters for nine districts in the province.

A low turnout of just 34 per cent of voters cast ballots in district one — Vancouver — where six candidates were re-elected and four elected for the first time. Two candidates were re-elected in the district of Victoria, which had a 47-per-cent voter turnout. The highest voter turnout was in Kamloops with 57 per cent of eligible voters casting ballots.

First-time electee in the district of Kamloops, notable candidate Michelle D. Stanford hopes to continue advocating for equity and diversity using her new platform. Stanford’s inspiration to run for bencher comes from law society’s president Ken Walker, who is known for his avid advocacy for small firms and mentorship and education for students and young lawyers.

In the districts of Nanaimo, Kootenay, and Okanagan three benchers were elected by acclamation.

Walker acknowledges the years of dedicated service of benchers who will not be returning in 2016. He thanks Joseph Avray, David Mossop, Cameron Ward, Edmund Caissie and Jeevyn Dhailiwal, also naming the outgoing president and Mossop, life benchers.

According to society’s regulations candidates who were not elected have time to apply in writing for a review of the election prior to Nov. 27.

Here is the complete list of elected LSBC benchers:

District No. 6 Okanagan (one)
Tom Fellhauer