B.C. judges should get pay and pension hike: appeal court

An appeal court judge says Provincial Court judges in British Columbia are entitled to pay hikes based on the consumer price index as recommended in a 2010 report. 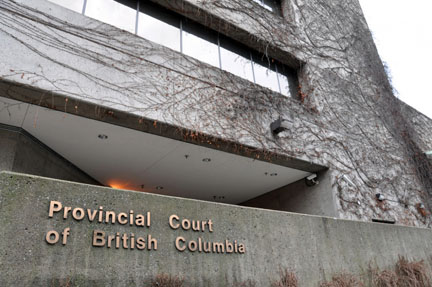 A B.C. Supreme Court judge had directed the government to reconsider the matter, but last year, the legislature rejected the recommendations again.

The judges appealed and the B.C. Court of Appeal said last Friday, they are entitled to the compensation as recommended.

The compensation commission’s 2010 report said judges in the province earned about $231,000 a year. That put them in second place for provincial court judges in Canada after Ontario.

The commission made 15 recommendations to the government regarding provincial court judges’ pay. They included freezing pay in 2011-12 and 2012-13 but increasing 2013-14 salaries by the accumulated increase in the B.C. consumer price index over the preceding three years.

The government rejected six of the 15 recommendations, saying pay would be frozen in 2013-14 as part of attempts to control public spending.

However, the Provincial Court Judges’ Association of B.C. won a judicial review ordering the government to reconsider.

In his decision, Justice Edward Chiasson wrote that the legislature should not have considered financial data from 2013, and should not have given new reasons for its decision denying the increases.

“In my view, the Legislature was neither entitled to reconsider its response to the 2010 JCC report on the basis of 2013 financial data, nor to advance new substantive reasons for rejecting the report. On that basis, I would allow this appeal.”

“I would declare that the PCJs are entitled to the recommendations in the 2010 JCC report,” he concluded.

“The second basis for rejecting the salary recommendation was that the actual financial circumstances of the Province had turned out to be worse than they had been forecast to be in 2010,” Harris wrote. “I agree that it was illegitimate to rely on the actual data, rather than the forecast. Nevertheless, it is artificial to read the 2013 response without any regard to the 2011 response. Part of the rationale for the 2011 response was that it was unfair and unreasonable to award judges’ salary increases out of the public purse when others paid from it were shouldering the burden of hard times. In my view, that rationale continues to inform the 2013 response. On a fair reading, it is the foundation or the underlying premise of the rejection of the recommendations.”

Chaisson agreed that a court “must be very reluctant to instruct a Legislature how to proceed . . . but in the context of establishing judges’ compensation there is precedent for doing so.”

“Continuation of uncertainty is not in the best interest of either party and is not consistent with the scheme of the process mandated by the Judicial Compensation Act. PCJs still do not know what remuneration they are to receive for the period 2011 – 2014,” he added.

The commission in 2010 also recommended pension-accrual rates of 3.5 per cent for judges starting April 1, 2013, and that the government change the law so judges who work past the age of 70 can make pension contributions.