B.C. lawyer fined $6,000 after challenging client to a fight

The Law Society of British Columbia has fined a Smithers criminal lawyer $6,000 for challenging his client to a physical fight and later sending that client’s confidential information to Crown counsel. 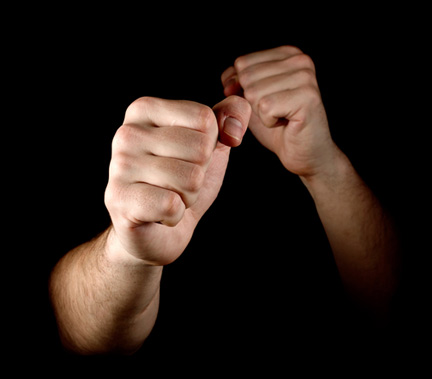 Joseph McCarthy had met up with his client to discuss a bail variance issue at the Prince Rupert courthouse when the two got into a heated disagreement and parted ways. As they walked in separate directions, the client made a “derogatory remark” toward McCarthy, according to the LSBC’s recent ruling.

“Upon hearing this derogatory remark, the respondent turned and walked back toward the client. He stood very close to the client, and although he does not recall the exact words he used, the respondent admits he used words that challenged the client to a physical fight,” said the law society’s panel.

“The respondent admits his voice was raised and his tone abrasive and unpleasant. The respondent had a briefcase in each hand when he challenged the client to a fight. They then went their separate ways.”

The client had been charged with assaulting his brother, uttering threats, and assaulting a peace officer. According to an agreed statement of facts, McCarthy and his client got into an argument because the client had not retained a civil lawyer to deal with his civil dispute with his brother as McCarthy had advised.

“The respondent suggested that the client could have, and should have obtained some employment, which would have provided him with funds to retain a civil lawyer to handle the civil dispute,” the ruling said.

McCarthy had also told the client he would withdraw as his counsel.

The lawyer presented the law society’s panel with 10 letters of reference that spoke to his character and integrity. The panel acknowledged McCarthy’s remorse and his understanding of why challenging his client to a fight was inappropriate conduct. It also acknowledged he had no prior discipline record and didn’t benefit from this particular infraction.

“However, the respondent’s incivility is worthy of rebuke,” the panel said. “As his counsel stated, ‘we are supposed to rise above it and typically do.’ In this case the respondent did not rise above it. His incivility to the client was disrespectful, embarrassing and negatively reflects on the legal profession as a whole.”

After the courthouse incident, the client sent McCarthy a fax requesting the lawyer return all materials he received from the RCMP, Crown counsel, or himself in his case. The client said the package could either be mailed to him or left with the courthouse registrar.

Instead, McCarthy forwarded the package to Crown counsel. He told the law society it had been a rush decision to do so and he didn’t turn his mind to the fact that there were notes on some of the documents, hand-written by the client, which may be subject to solicitor-client privilege.

“Although it did not, the respondent’s breach of solicitor-client confidentiality had the potential to seriously prejudice the client in his criminal proceedings,” the panel said.

Terence La Liberté, McCarthy’s lawyer, says his client fessed up to his errors from the get-go.

“He fully accepted his responsibility from the outset. There was never an issue about what he did — it was a question of how to resolve it,” says La Liberté.

The penalty for breach of confidential client information ranges from fines to suspension. Fines for this infraction could be anywhere between $2,500 and $7,500, the panel said, while fines for incivility cases typically range from $1,000 to $3,000. McCarthy proposed he pay $6,000 in addition to $1,236 in costs, a deal the discipline committee accepted.