The Royal Bank of Canada’s new general counsel is the former director of litigation at Bank of America and most recently a partner at global firm Freshfields Bruckhaus Deringer LLP, based in New York. 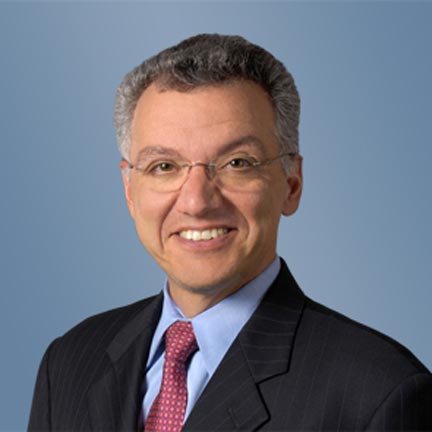 David Onorato replaces David Allgood who retired effective May 1 after 17 years in-house with the bank.

Onorato was director of litigation at Bank of America for almost five years, where he had global responsibility for all litigation and regulatory issues. He was a partner at Freshfields for about six years where he handled financial services litigation including class actions. He was also a partner at King & Spalding LLP for 10 years practising securities and commercial litigation. He is a graduate of Georgetown University law school.

Onorato was not available for an interview with Legal Feeds but RBC issued a statement regarding the search process.

“We conducted a comprehensive global search to find an executive with a breadth of legal and regulatory experience in financial services,” said Janice Fukakusa, chief administrative officer and chief financial officer of RBC. “We chose David because of his deep expertise, almost 30 years of experience, and track record of success at well-regarded law firms and at a large global bank.”

Bay Street legal recruiters say they believe there were definitely good internal and domestic candidates for the job but RBC’s decision to go with someone with broader global experience is a trend they have been seeing for a number of years.

“It’s an increasingly global market and I think financial institutions are responding to that new reality. He [Onorato] has a very impressive background and you can see why he can bring in a fresh perspective, new strategies, and objective analysis of the bank’s operations.”

ZSA Legal Recruitment’s CEO said he too was surprised by the decision to go outside Canada.

“I am constantly impressed by the high quality of Canadian in-house talent so I am surprised that this position went to a non-Canadian,” says Christopher Sweeney. “I’m sure Mr. Onorato is highly qualified and wish him well.”

Allgood officially retired on May 1. He spoke to Canadian Lawyer InHouse in February about his career and plans for the future, which may include developing a course on the business of law at Queen’s University where he is involved in the dean’s advisory committee. He is also considering some board opportunities and has a continuing role with the Association of Corporation Counsel until October 2015.

Allgood became general counsel in 2000 when there were about 50 lawyers in the legal department. Since then the department has grown to almost 200 lawyers.

“I think there was a real evolution happening in the in-house bar at the time,” Allgood said. “One of the first things I tried to do in my first three years was to bring all the lawyers together into a group to make sure we had one voice, one truth. Certainly today the lawyers are geographically dispersed and sit with many of the businesses but report up to the general counsel’s office which I think is an important aspect of a rightly-constructed in-house group.”