Top 10 stories on canadianlawyermag.com in 2014 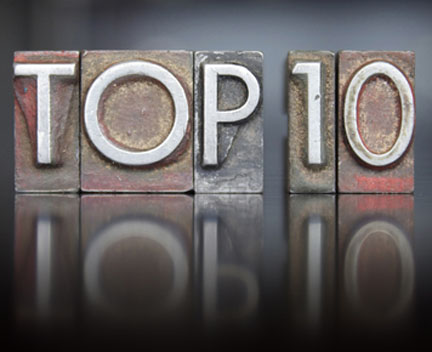 The top stories on CanadianLawyermag.com in 2014 include the usual suspects such as our annual Top 25 Most Influential lawyers in Canada as well as the features highlighting the best boutiques in various practice areas. Stories about the demise of Heenan Blaikie, which between Canadian Lawyer, InHouse, 4Students, and Law Times, we covered from many angles were also some of the most read.  I threw in a bonus #11 because the story about the judicial appointments process in Canada is a very important one that deserves to be revisited.

1. The Top 25 Most Influential 2014 Always the most-read story of the year in Canadian Lawyer, the 2014 iteration celebrated some amazing lawyers in five categories: corporate-commercial law; changemakers; criminal and human rights law; government, associations, and non-profits including public inquiries and officers of Parliament; and the all-new world stage.

3. Frankenstorm brings down Heenan Blaikie Canadian Lawyer's July 2014 cover story that looked deeply into the myriad reasons that led to the largest collapse of a law firm in Canadian history.

4. The next big flameout?  The Back Page column from the Jan. 2014 issue of Canadian Lawyer that started to ask the tough questions about what exactly was going on at Heenan Blaikie.

6. It’s a ‘tragedy’ but business is about the work, not the brand  In-house lawyers respond to the demise of Heenan Blaikie.

7. The trouble with criminal speech  One of the country's most misunderstood laws.

8. Heenan articling students forced to find new placements Everyone was affected when the firm shuttered its doors.

9. Infographic: Tuition v. salary  What you will pay for a law school education versus what you'll earn across the country.

11. Cracking the system: How do we get more diversity on the bench when there’s no transparency in the appointments process?