Could tournament rules be thwarting female lawyers’ efforts to get ahead? 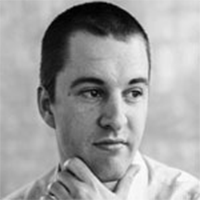 Could tournament rules be thwarting female lawyers’ efforts to get ahead?

U.S. law professors Naomi Cahn, June Carbone and Nancy Levit recently put a gender lens on what goes on behind office doors. The corporate “tournament,” as they call it, “valorizes intense competition” or sharp-elbows syndrome. Angst is up as a result, productivity is down and gender equity never really caught hold in the boardroom. Hyper-competitivism is the new standard in play.

Their research — “Gender and the Tournament: Reinventing Antidiscrimination Law in an Age of Inequality” — uncovered the amazing (or not) fact that U.S. women in the top 95 per cent of earners make only 73.8 per cent of men’s take-home pay.

Just four per cent of the CEOs of Fortune 500 companies are women and only 8.1 per cent are among the top earners. As of 2016, women made up only 14 per cent to 16 per cent of executive officers, law firm equity partners and senior management in Silicon Valley.

Oddly, the research by Cahn, Carbone and Levit confirms being either too aggressive or not aggressive enough contributed to lower pay and fewer promotions in 2016, just as it did in a 2007 survey.

Regardless of whether they kept their elbows in or out, the pay gap between female and male partners in large U.S. law firms was 44 per cent in 2016. Origination — or who brings in the work — and who gets credit for it were the biggest predictors of income, says legal recruiter Major Lindsey & Africa. Male general counsel made an average of 17.5 per cent more than their female counterparts.

Why does this all sound so familiar?

Back in 2016, when the Criminal Lawyers’ Association released “The Retention of Women in the Private Practice of Criminal Law,” female lawyers were leaving the private sector in record numbers. Their complaints were standard: low pay, lousy maternity leave provisions, unpredictable work hours — and hidden sexism by judges, police, Crown and courts staff.

Thirteen of 47 female criminal lawyers who got their start in 1996 were still running uphill in 2004. Many of their colleagues had abandoned private practice to become Crown prosecutors. One of their recommendations? Hire more female judges.

Kay concluded that women were not only choosing fields that offered greater work-life balance but representing more minority clients than men, who frequently pursued wealthy corporate clients. Female lawyers, in comparison, often occupied “the lower echelons” of the legal profession as associates and junior lawyers in non-private practices.

Malini Moorthy, vice president and associate general counsel at Bayer Corporation, says law firms need to give women more opportunities to lead. She says corporations are better at leveraging talent and recognizing that “diversity is critical to success.”

Minister of Status of Women Maryam Monsef told the United Nations in March that gender equality is a priority for “Canada’s feminist government” because an investment in women and girls improves the economy for all.

Indeed, 20 lawyers made the Top 100 Awards in the Women’s Executive Network 2017 Canada’s Most Powerful Women list. Thirteen are partners, some of them practising at the country’s largest law firms.

Meanwhile, pay equity is a “minefield” for employers, according to the April 5, 2018 National Law Journal. Among litigants is a prominent U.S. law firm being sued for US$100 million by its female attorneys.

On the heels of this report comes a survey from the National Women’s Law Center in Washington, D.C., showing women in low-wage jobs make 71 cents for every dollar men earn. Professionals, including lawyers, engineers, physicians and surgeons, make, well, 75 cents.

Compare that with a 2015 University of Toronto study — “Law and Beyond” — that found female lawyers in Canada earned 93 per cent of the full-time salary of their male counterparts — except in the largest firms, where their earnings were 91 per cent of men's. We may be ahead of the U.S., but female lawyers are still losing the gender equity pay stakes.

As long as female lawyers doing equal work receive less pay or occupy the lower echelons of the profession, we can't expect gender equity to be achieved any time soon.

Our greatest concern may be the slow pace of progress. Canada ratified an International Labour Organization convention in 1977 that recognized “equal pay for work of equal value” as a fundamental human right. Thirty years later, Canada scored 18th in the World Economic Forum’s 2007 “Global Gender Gap Report” and placed 16th in 2017. That can't be encouraging news for Canada’s feminist government.

Alistair Vigier is CEO of ClearWay Law and has written for Canadian Lawyer, Review Company and BCBusiness.

A tale of two masks in court: Quebec and Ontario judges rule for and against maskless speaking