When the federal government introduced legislation in March to streamline pardons for simple cannabis possession, Canada’s criminal bar had two reactions. On the plus side, pardons will “open up new avenues for people” who were convicted of possessing cannabis before the drug was legalized for recreational use in October. On the other hand, pardons don’t go far enough; better that criminal records for simple cannabis possession be expunged, defence lawyers say.

Bill C-93, tabled in the House of Commons on March 1, would allow individuals convicted of simple possession to immediately apply for a pardon from the Parole Board of Canada provided that any sentences had been completed, all related fines had been paid and the applicant has no other convictions on record. Applications would be reviewed by administrative staff, and applicants would not have to pay the current application fee of $631.

In announcing the new legislation, Public Safety Minister Ralph Goodale said that the government would not expunge criminal records for simple cannabis possession because the law that then prohibited it was legitimate.

“The record suspension model implies that a person is being ‘forgiven’ for their crime,” says Stephanie DiGiuseppe of Ruby Shiller Enenajor DiGiuseppe, Barristers in Toronto and a member of the Criminal Lawyers’ Association’s Communications and Media Relations committee. “Expungement, on the other hand, implies an acknowledgement that the activity ought not to have been an offence in the first place.

In 2018, the government expunged criminal records in the Expungement of Historically Unjust Convictions Acts for those convicted under Canada’s “anti-buggery” laws. The act “recognized that the criminalization of certain activities constitutes a historical injustice” and that the criminalization of sodomy “were it to occur today, it would be inconsistent with the Canadian Charter of Rights and Freedoms.”

In announcing the availability of pardons for simple cannabis possession, Goodale said that expungement was only available if it was deemed that the criminalization of a certain activity (such as a sexual activity practised in the LGBTQ community) would today be considered unconstitutional. That wasn’t the case with recreational cannabis use, Goodale said, as that law was legitimate even though it has now been removed from the books.

In February, prosecutors in San Francisco announced that they would move to expunge 9,300 marijuana-related convictions dating back decades, now that recreational cannabis use is legal in California. Other California counties, including Los Angeles, are considering similar efforts.

The Public Prosecution Service of Canada estimates that there have been upwards of 250,000 convictions for the simple possession of cannabis in Canada, according to Scott Bardsley, a spokesman for the Office of the Minister of Public Safety and Emergency Preparedness.

“For a variety of reasons, the number of people who are expected to apply for pardons under C-93 is much lower,” Bardsley said in an email message. “Those reasons include: they have passed away, they have already received a pardon or they have other criminal charges on their record,” which would make them ineligible to apply for a pardon for simple cannabis possession.

Should Bill C-93 pass, it is estimated that there would be free, expedited applications to pardon about 10,000 records, Bardsley wrote, and “we will undertake outreach initiatives to ensure that all those who can benefit know about the free, expedited process and how to use it.”

In October, NDP MP Murray Rankin, representing Victoria, tabled a private members’ bill, C-415, in Parliament to expunge certain cannabis-related convictions. In choosing a pardon application process over expungements, applicants will need to take the initiative in applying for the pardons, and the pardons could also be revoked.

“In my view, a pardon doesn’t go far enough,” says Caryma Sa’d of [s]advocacy in Toronto, whose practice includes criminal law, cannabis and landlord/tenant issues. “If you look at the way that cannabis possession historically has been criminalized, it’s disproportionately affected minority groups.

“What I would have liked to have seen is expungement,” she says. “A pardon says you did something wrong, you’ve paid your debt, we’ll now clear your record.” That can be helpful in terms of finding employment and housing, and even doing volunteer work, but it can also be revoked, Sa’d notes. On the other hand, “expungement says that the underlying action never should have been criminalized.”

Sa’d says anything short of expungement would be unfair to Canadians who have suffered jail time or have gone through the criminal justice system for simple possession of cannabis. And although whites and non-whites have used cannabis at similar rates, she says, data has shown spikes in arrests toward non-whites.

In 1923, when the government of Canada introduced the Act to Prohibit the Improper Use of Opium and other Drugs, and included cannabis on the list, racism was a factor “right at the outset,” says Sa’d. “It’s time to acknowledge that.”

At the time, there was a concern regarding opium use and distribution among Chinese immigrants on the West Coast. Several decades earlier, there was the Chinese Exclusion Act in the United States, and Canada’s Chinese Immigration Act in 1923 banned most forms of Chinese immigration to the country.

There was very little debate in the House of Commons when marijuana was added to the list of drugs for which criminal penalties were established, she notes. In the United States, it was primarily Hispanic and black Americans who used cannabis recreationally, she says, adding that “criminalizing that drug of choice, in the midst of prohibition, I think there are clear ties to systemic racism at a policy-making level. There was virtually no debate when marijuana was added [to the list] and no evidence in policy research that grounded the criminalization of cannabis.”

The criminal bar is also concerned about the length of time it will take to get the proposed bill through Parliament and enacted into legislation.

Bill C-93 has only just gone through first reading, notes Jessyca Greenwood of Greenwood Defence Law in Toronto. “Will it actually pass by summer? And what does it look like when the government has to process all these pardons?” Even now it can take up to a year before a client hears back, she says.

“Think about any example where somebody might be asked if they have a criminal record,” Greenwood says, including applying for a job, crossing the border or applying to volunteer at their child’s school. A criminal record can impede all those pursuits, and the severity of a criminal record is often not considered, she says. The fact that simple possession of cannabis is no longer an offence “creates an unfairness in the law” to those convicted of the offence.

Expungement is a more permanent solution because the record suspension or pardon is a piece of legislation that can be changed, and a future government could repeal the legislation, Greenwood says. And, “a pardon could still leave problems for people who want to travel,” as a convicted person’s record might still be in an immigration database.

Time is also a factor in the pursuit of justice. It can take six to eight months to gather the reports an applicant may need for a pardon, including from the RCMP and the Canadian Police Information Centre, says S’ad. When criminal records are expunged, though, prosecutors or the government take the initiative to expunge records.

The government is saying that simple cannabis possession was criminal at the time, and it should have been, says Sarah Leamon of the Sarah Leamon Law Group in Vancouver. However, she says, Rankin did a good job and made arguments compellingly in presenting his bill to expunge certain cannabis-related activity.

“People who use cannabis for medical purposes — should they be held to the same moral culpability standard as recreational users?” asks Leamon. “There’s an argument to be made for expungement.”

There should also be a conversation about expanding who is eligible for the pardon, she says, to people charged with trafficking, for example. “I would say the bill should have gone further in terms of contemplating expungement for some people, maybe on a case-by-case basis. . . . And it should have gone further, and contemplated pardons, maybe expungements for [a] wider variety of cannabis offences.”

Still, Leamon says, “I’m all in favour of the pardons, it will open up new avenues for people.” Aside from easing everyday life concerns, a criminal conviction would be wiped from the CPIC database. “This can colour the way a police officer deals with someone on the roadside,” adds Leamon, whose criminal practice includes driving infractions.

Although a bill might normally take a year to pass into legislation, for political reasons — this being an election year and the government recently beset by the SNC-Lavalin scandal — it may be pushed through earlier, she says. “And it should be; every day we’re waiting for it to be passed, people are having their rights compromised, because they’re not able to fully access the opportunities
that they otherwise may be able to but for
that conviction.”

Greenwood says she would have liked the government to have tabled its bill back in October, when it announced it was contemplating pardons for cannabis possession. The process may be expedited, but all stakeholders will want to be consulted, she says, including the campaign for cannabis amnesty, which expresses its goal as “righting history’s wrongs,” including being a voice for racialized and Indigenous Canadians who, it says, have been adversely affected by applications of the criminal law.

Yet, “at the end of the day,” Greenwood agrees, “having some system in place to relieve [the burden] of convictions is better than nothing.” 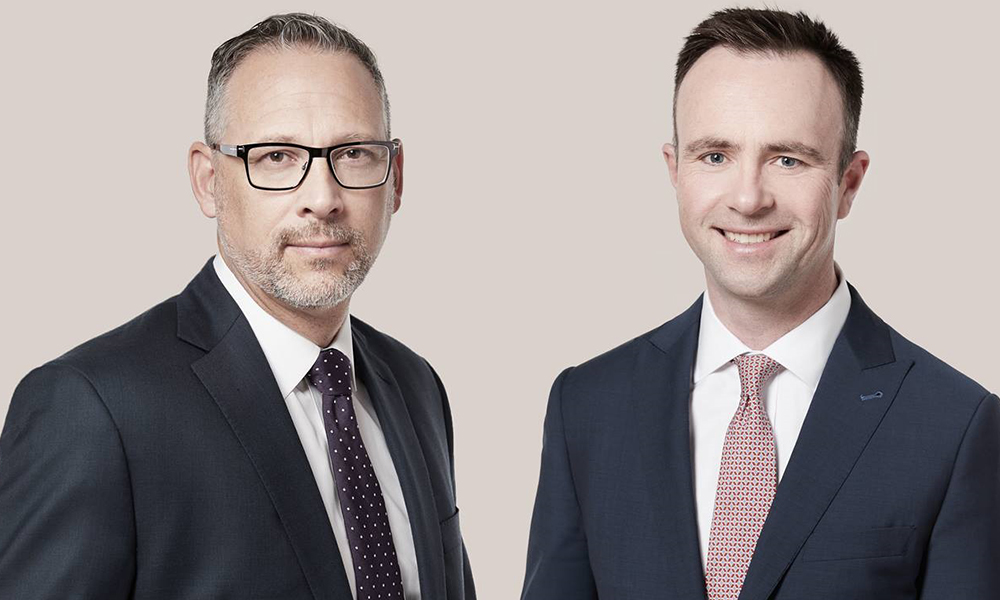 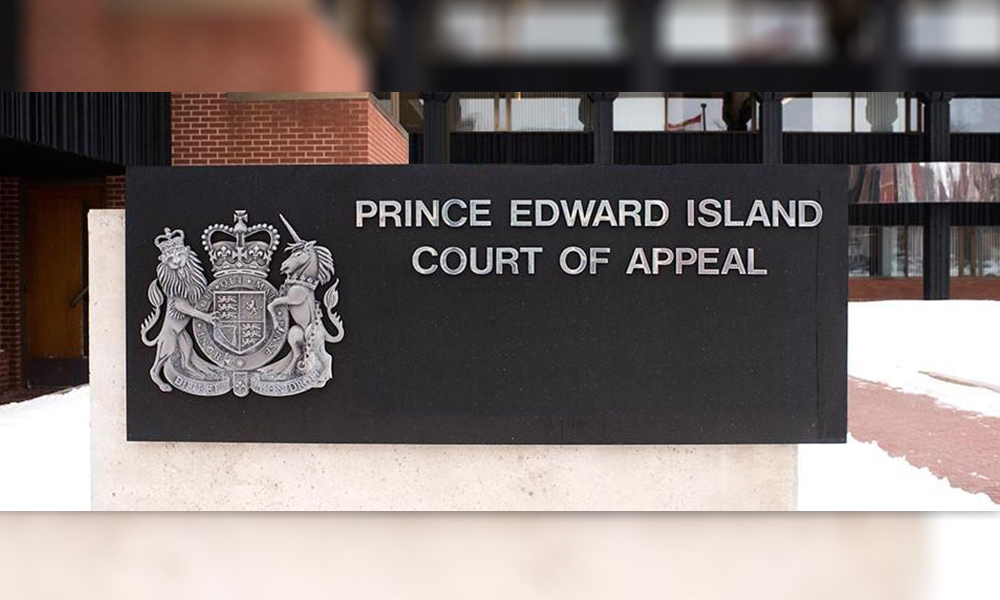 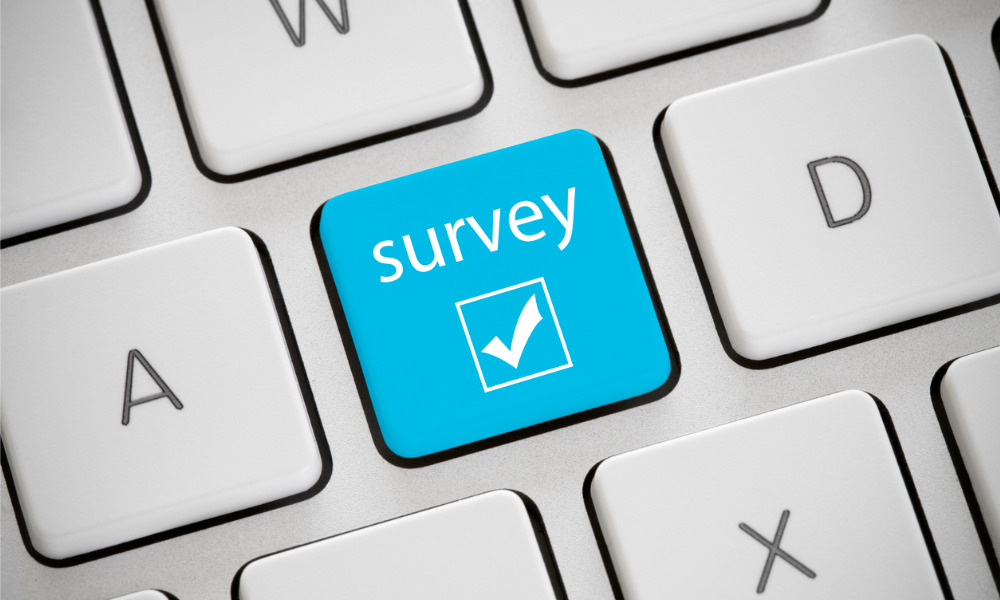 The Canadian Lawyer annual Readers’ Choice Survey is back