The Law Society of Manitoba's “good character” disclosure requirements for licensing applicants imposes unnecessary barriers to Indigenous, Black and other marginalized groups wanting to enter the legal profession, the Canadian Civil Liberties Association says in a letter to the provincial regulatory body.

“The process violates individual privacy rights and deters members of these communities from joining or even trying to join the legal profession,” the association’s equality director Noa Mendelsohn Aviv and special adviser on Indigenous issues Verna George write in a March 16 letter.

The letter says that the “excessive requirements” of the current process are unnecessary for the society to fulfil its purpose “to uphold and protect the public interest in the delivery of legal services with competence, integrity and independence.”

George says in an interview that Indigenous students in Manitoba brought this matter to the association’s attention, expressing concern that this could affect their admission to the bar. They told the CCLA they were worried about the negative impact the process could have on Indigenous law students and how some might feel compelled to avoid the practice of law altogether.

“These are unnecessary barriers to the legal profession that disproportionately harm many individuals, not just Indigenous people,” she says.

In the letter to the society, the association states: “In order to enter the legal profession in Manitoba, applicants are compelled to disclose details and documentation about a wide array of personal and private information, including unsubstantiated allegations, complaints, charges, discipline, and convictions, regardless of the relevance, the process, or the outcome.”

Also, the process requires individuals to expose all their contacts with police and the criminal justice system, George says, even though Indigenous groups are often racially profiled, and face unfair and overly harsh treatments within the system because of systemic discrimination.

As for articling students, the society’s application for admission requires applicants to disclose a “plethora of irrelevant” inquiries. These include whether an administrative tribunal or court ever determined that evidence presented by the applicant was not credible; whether the applicant was suspended for misconduct by a post-secondary institution (which could include, for example, a breach of student residence rules); and whether the applicant was permitted to resign from their position due to allegations in an employment context (for example, allegations against a whistleblower).

An applicant is also required to disclose allegations and complaints as well as a disciplinary action, convictions and charges “in a wide variety of contexts regardless of the relevance, the fairness of the process, or any outcome including a wholly exculpatory result.”

Applicants must also disclose all charges, possibly including those that were withdrawn, stayed, or that resulted in acquittal — even a conviction for a historic offence like cannabis possession, which is no longer unlawful.

George says, for example, an applicant who was charged or convicted with shoplifting years before — when they were a teenager or young adult — may have to disclose that information as a pre-condition to their entry to the legal profession.

As well, despite detailed protections against disclosure under the Youth Criminal Justice Act, the association says the law society’s application form fails to inform candidates that they do not need to disclose information related to engagement with the youth criminal justice system.

“This failure creates a significant dilemma for applicants who may be unsure how to interpret the form’s requirements, and who may fear the consequences and exposure that could befall them if they do not disclose such information. Already, amongst those entering law in Manitoba, only 13 per cent of articling students and new lawyers in Manitoba are visible minorities and only 6 per cent are Indigenous.”

In the letter, the association acknowledges that many individuals who disclose these allegations, charges, and convictions may be ultimately accepted into practice by the LSM. However, “the violation of individual privacy, the risk of exposure, and most of all the threat that a person may not become licensed as a lawyer after years of study and considerable financial investment.”

The civil liberties association also argues that the good character process is unnecessary. It points to a review done by Alice Woolley — a professor at the University of Calgary law school before her appointment to the Court of Queen’s Bench in Alberta — about Canada’s “good character” process.

She found that the critical factor in determining an applicant’s admission to the law society is whether the applicant admits the misconduct that gave rise to the hearings. Applicants who acknowledged and repented their misconduct were admitted despite committing serious misconduct, including bribing a public official, having 38 convictions for fraud-related offences, drug smuggling and committing sexual assault.

By contrast, applicants who did not fully acknowledge their misconduct were denied admission even if the transgression was relatively minor. Based on her research, then-professor Woolley proposed abandoning the good character process entirely.

Woolley also wrote that the “good character” process is not effective as a protective measure for the legal profession or the public, and it does not define someone’s character or fitness to practice law. According to Woolley, there is little evidence that past misconduct is a meaningful predictor of future behaviour.

The association’s letter concludes by asking the law society to work with Indigenous and other marginalized communities to engage in a “serious and expeditious” review of its good character process that would ultimately eliminate “the most obvious deficiencies.” These would be related to:

The association also wants assurance that “any assessment of candidates recognizes the impacts of systemic discrimination on over-policed communities including Black candidates and candidates who have experienced mental health issues and homelessness.”

George says the process for determining good character should be a more “personalized, individual process to understand all the experiences that might have an impact on an Indigenous student wanting to study law.”

Alyson Bear, an articling student with McKercher LLP in Saskatchewan who is also with the Indigenous Bar Association, says that when the Manitoba case was brought to her attention, she “could understand how the students who were complaining felt” because she has come up with similar issues during her education.

“Every time you apply for something you come up against this good character requirement, and you have to disclose anything in your past, including the tiniest infraction,” she says. She adds that the requirement doesn’t reflect the fact that “you may have totally changed your life around.”

Bear says Indigenous people are often singled out through racial profiling that puts them more in the sites of authorities such as the police. “There can be a whole group of people doing something and those from marginalized groups are often the ones taken down to the police stations while the others are let go.” 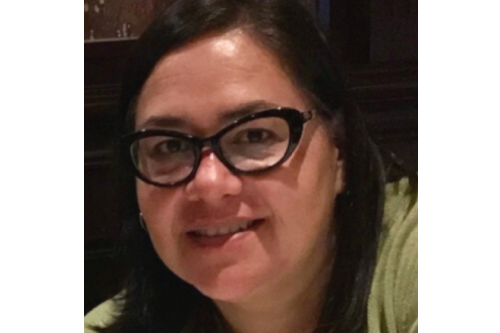 She also says it is important to encourage Indigenous people and others from racialized groups to consider a career in law, as they are underrepresented in the legal profession but over-represented in the criminal justice system.

She adds the CCLA and IBA will also be reaching out to the Law Society of Alberta and Saskatchewan on the same matter. “It’s a bigger issue than just one province.”

The Law Society of Manitoba said in an email that it could not grant a request for an interview with Canadian Lawyer. But it did provide a statement saying the society acknowledges receiving “the request from the Canadian Civil Liberties Association that we consider how our good character disclosures may disproportionately affect individuals from marginalized groups.” It adds “we plan to give careful consideration to the request.”

The statement also says the society is committed “to engaging with lawyers and students from other racialized and marginalized groups in Manitoba as we balance our mandate to protect the public interest with our commitment to achieve greater equity and diversity within the legal profession.

“The Law Society welcomes opportunities to reflect on our policies and find better ways to do things.”

It is also establishing an Indigenous Advisory Committee, chaired by retired Manitoba judge and senator Murray Sinclair, to guide the body in addressing “the unique needs and perspectives of Indigenous peoples within the law society’s regulatory processes.”