A recent decision on First Nations hunting rights from the Saskatchewan Court of Queen’s Bench is so divergent from the lower court decision on the same case, and so restricts the rights of First Nations people, that there is a good possibility it could be appealed to a higher court, says lawyer Kate Gunn with First Peoples Law LLP.

The latest decision in R v Green is important, says Gunn, in that that it reverses a 2019 decision that many First Nations saw as “really making an effort to interpret treaties in a way that was more consistent with their understanding of treaties, in particular, around not limiting the geographical area in which First Nation hunters can exercise the right to hunt. “

Gunn adds that many will see the latest decision as a “big step backwards.” 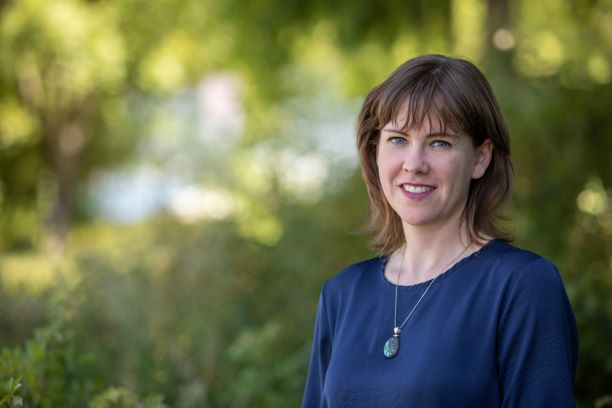 She adds that the two decisions are “so divergent on interpretation that it does suggest that there’s a need for further clarity in the law.”

Lawyer Dusty Ernewein of McKercher LLP, which worked on behalf of the men who were charged, wrote in an email that he does not have instructions to advise as to the next steps on this matter.”

In the appeal of the original Provincial Court decision in R v Green, Justice Graeme Mitchell of the Saskatchewan Court of Queen’s Bench held that First Nations people from Ontario were not exempt from Saskatchewan’s hunting laws. According to the Court, only members of First Nations that have adhered to Treaties 2, 4, 5, 6, 7, 8 or 10 can hunt without a provincial licence.

The ruling overturns a Provincial Court decision that had agreed with charged men, saying they had the right to hunt in Saskatchewan without being subjected to Saskatchewan’s hunting laws.

The case goes back to 2018, after Albert Green and Blair Hill, residents of Ontario and members of the Six Nations First Nation, were hunting for food in a Saskatchewan provincial park. They were hunting in an area where First Nations people were usually permitted to hunt without a licence.

The park is considered occupied Crown land with a right of access. While there is a regulated hunting season in a Saskatchewan provincial park, First Nations in Saskatchewan can exercise their right to hunt for food any time during the year.

Both men were fined for hunting without a licence. But they argued that they could under the Natural Resources Transfer Agreement [NRTA], which is part of the Constitution Act, 1930. The NRTA was an amendment to Canada’s constitution that transferred control of natural resources from the Federal Government to the prairie provinces. Section 12 of the Saskatchewan NRTA states that “Indians of the Province” will not have to follow provincial hunting laws.

Green and Hill argued that section 12 of the NRTA meant that they did not need a licence to hunt for food, despite not being residents of the province.

At trial, the Provincial Court judge agreed with Green and Hill. Says Gunn: “The trial judge’s interpretation was that as it didn’t matter if the individuals in question were part of the treaties,” and that it was intended to cover anyone who fell within the definition of “Indian.”

The province then appealed to the Court of Queen’s Bench. On appeal, Justice Mitchell concluded that neither Green nor Hill had a right to hunt in Saskatchewan. He relied on the “merger and consolidation theory” of the NRTA. This theory states that the protection of First Nation hunting under section 12 of the NRTA did more than protect Treaty rights.

Because Justice Mitchell ruled that section 12 of the NRTA was intended to alter Treaty rights, the section only applies to those whose hunting rights stem from one of the altered Treaties. Justice Mitchell stated that the only “’ Indians’ who are entitled to the benefits of section 12 “are those subject to the Treaties which cover the geographical areas of the three prairie provinces.”  Only “Indians attached to Treaty 2, 4, 5, 6, 7, 8 or 10 lands may hunt for food in Saskatchewan” without complying with provincial hunting laws.

As a result of Justice Mitchell’s ruling, Green and Hill could not rely on section 12 of NRTA to exempt them from Saskatchewan’s hunting rules.  Both were convicted for unlawfully hunting, and Hill was also convicted of unlawfully carrying a loaded firearm.

A blog post by Sonia Eggerman, Aaron Fritzler, and Josh Morris of MLT Aikens in Regina noted “the most obvious” impact of the latest decision is that First Nations hunters from outside the prairie provinces “will not be allowed to hunt in Saskatchewan without a licence.” Likewise, any hunter who is not a member of a First Nation that has adhered to Treaties 2, 4, 5, 6, 7, 8 or 10 will not receive any protection under section 12 of the NRTA in Saskatchewan.

“Treaty 1 lands are entirely located within Manitoba, and the lands of Treaties 3 and 9 are partially in Manitoba.” It is not clear whether these Treaty First Nations can exercise their rights in Saskatchewan.”

Says Gunn: “The Court of Queen’s Bench decision on the Green case isn’t necessarily an outlier, but it is not really part of the broader trends we’re seeing.”

From gladiator to mediator: Suzana Popovic Montag of Hull and Hull LLP about her outstanding journey