He is senior fellow at Massey College, distinguished visiting professor at University of Toronto

Canada has announced the appointment of Payam Akhavan as senior advisor on Global Affairs Canada’s ongoing response to the Ukraine International Airlines Flight PS752 tragedy, in which role he will impart his knowledge on all matters concerning the incident.

Akhavan will assist the government department’s legal team as it prepares for the upcoming state-to-state negotiations with Iran regarding reparations and as it explores other potential measures.

“His wealth of knowledge and expertise will bolster the department’s ongoing efforts to hold Iran accountable for the downing of Flight PS752 and to pursue justice and transparency for the families,” said Marc Garneau, federal foreign affairs minister, in the news release.

Akhavan has served as a senior fellow at Massey College and as a distinguished visiting professor at the University of Toronto, as a full professor at McGill University’s Faculty of Law and as an appointee at Yale Law School, at Oxford University, at University Paris Nanterre, at the European University Institute and at Leiden University. 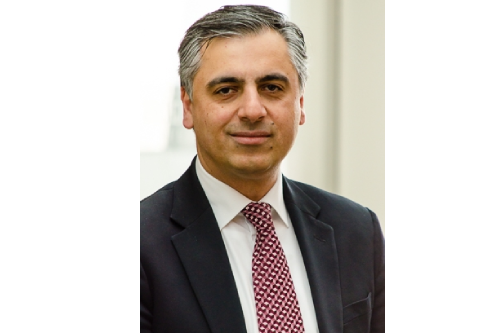 Akhavan has also been a member of the Permanent Court of Arbitration in The Hague and the first legal advisor to the prosecutor’s office of the International Criminal Tribunal for the former Yugoslavia. With the United Nation, he has served in Bosnia, Cambodia, Guatemala, Rwanda and Timor Leste.

Akhavan, who obtained his LLB from Osgoode Hall Law School in 1989 and his LLM SJD from Harvard Law School in 1990, has written extensively about international criminal law, delivered the CBC Massey Lectures in 2017 and engaged in human rights efforts that have been recognized by media entities such as the New York Times, the BBC’s Hardtalk, the CBC’s Ideas, and Maclean’s.

On Jan. 8, 2020, an Iranian surface-to-air missile shot down Flight PS752 near Tehran and caused the death of 176 individuals, including 55 Canadian citizens and 30 permanent residents.

The federal government seeks to ensure transparency, accountability and justice for the incident’s victims, their families and all Canadians and continues to collaborate with international partners for this purpose, said the news release. Canada formed an international coordination and response group with Afghanistan, Sweden, Ukraine and the U.K. to support the victims’ families, to ensure a thorough and credible investigation and to arrange legal efforts for holding Iran accountable.