7 in legal profession get Order of Canada honours

Governor General David Johnston announced 91 new appointments to the Order of Canada on Dec. 30, 2012. There are seven honourees with ties to the law including hockey legend Ken Dryden and retired Supreme Court of Canada justice Louise Charron.

The Order of Canada is one of Canada’s highest civilian honours. It was established in 1967 during Canada’s centennial year to recognize a lifetime of outstanding achievement, dedication to community and service to the nation. There are three areas of appointment: companion, officers, and members

Recipients will be invited to accept their insignia at a ceremony to be held at a later date.

Retired Supreme Court of Canada justice Louise Charron was elevated to the highest level of companion of the Order of Canada for her contributions as a noted jurist and for her commitment to French common-law education. Charron was appointed to the Supreme Court of Canada in August 2004 and retired on Aug. 30, 2011. Originally from Sturgeon Falls, Ont., Charron was a Crown attorney and went on to teach in the French common law section of the University of Ottawa’s Faculty of Law for 10 years before her first appointment to the bench in Ontario in 1988.

Ken Dryden, who holds a law degree but is substantially more well known for his stellar career as an NHL goaltender, was elevated to the level of officer of the Order of Canada for his contributions to Canadian life in hockey, law, writing and politics, notably as a champion of literacy and the prevention of sports-related brain injuries. Before becoming a hockey legend, Dryden attended law school at the University of Manitoba and, later, at McGill University, where he obtained his LLB. In the middle of his career with the Montreal Canadiens, Dryden shocked everyone by quitting and heading off to Osler Hoskin and Harcourt in Toronto to do his articling. But he was back to hockey glory the next year. He later went on to be elected as an MP in Ottawa.


Former national chief of the Assembly of First Nations Phil Fontaine has been honoured for his contributions on behalf of First Nations, notably his role in the resolution of claims arising from the Indian residential schools issue. Fontaine is now a special adviser with Norton Rose Canada LLP on First Nations matters, including aboriginal law, energy, environmental and mining and resources. He advises clients in all the firm’s offices, including Calgary.


McGill University law professor Roderick Alexander Macdonald has been named an officer for his accomplishments as a legal scholar, notably his contributions to the advancement of law and policy in Canada and abroad. He is the F.R. Scott Professor of Constitutional and Public Law at McGill and was the law dean from 1984 to 1989. He chaired a Task Force on Access to Justice of the Ministère de la justice du Québec (1989-91), and has been a consultant to the Bouchard-Taylor Commission (2007-2008), the Royal Commission on Aboriginal Peoples (1991-1992), to the Ontario Civil Justice Review and to the Federal Department of Justice on the interaction of federal law and the Civil Code of Québec. He is currently the co-commissioner of Quebec’s the Charbonneau Commission, which is examining allegations of corruption in the construction industry.

Fred V. Martin, a lawyer who splits his time between Salt Spring Island, B.C. and Edmonton, Alta., has been honoured for his long engagement in support of equal rights, notably his work helping the Métis Settlements General Council achieve self-governance. He told the Edmonton Journal that he will take the order to the Métis Settlements General Council office after he receives it, so it can be displayed there. 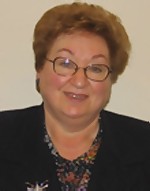 “That’s where it belongs,” he told the newspaper. “I think of it more as a recognition of a team than as an individual.”

Toronto family lawyer Linda Silver Dranoff has been recognized for her work as a lawyer, writer, and activist helping to advance the discipline of family law. Dranoff has represented clients in precedent-setting cases, including the first Supreme Court of Canada case to give Ontario wives a share of family investments, and the first to expand spousal support rights to take account of benefits, bonuses and changes in the cost-of-living. She was the founding chairwoman of the Ontario Bar Association’s Feminist Legal Analysis Section.