As the abortion issue heats up in Ottawa and the country returns to majority government, two upcoming retirements at the Supreme Court of Canada mean Prime Minister Stephen Harper will have the chance to nominate two new judges to the country’s top bench. 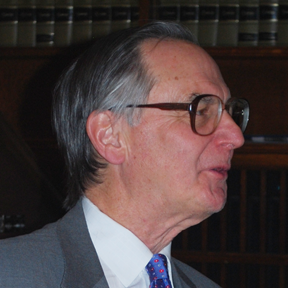 Justices Ian Binnie and Louise Charron, both of Ontario, are scheduled to leave the top court effective Aug. 30, Chief Justice Beverley McLachlin announced this morning. She noted Binnie will retire on that date unless there’s a delay in the nomination process.

“The departure of justices Binnie and Charron will leave an important void on the court,” McLachlin said. “Both have served the court with great wisdom and dedication and have made significant and lasting contributions to the administration of justice in Canada. They are valued colleagues and friends. We will miss them.”

Binnie has served on the top court since 1998 following a stint at the International Court of Justice at the Hague. “Much as I will miss the work and my colleagues, I am now well into my 14th year on the court and the time has come to return to Toronto to pick up some of the threads of an earlier existence,” he said. “I deeply appreciate the opportunities given to me to participate in the administration of justice in so many different capacities over more than 44 years and I thank those who from time to time made it possible.”

Charron, formerly of the Ontario Court of Appeal, has been with the Supreme Court since 2004. “The reasons for my decision to retire are quite simple,” she said. “I have recently turned 60. My husband and I both enjoy good health. We have a great family and wonderful friends. I have been a judge for 23 years now and the seventh anniversary of my appointment to the court, Aug. 30 next, seems like the perfect time to move on.”