Innovative in-house departments are starting to look at every aspect of how their teams work to try and squeeze out costs and efficiencies. In doing so, they’re finding some big ways to save time and money. 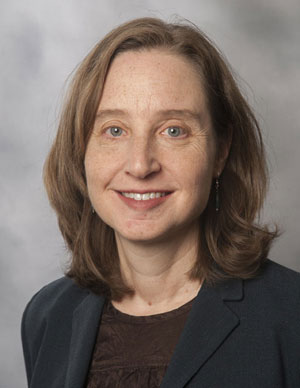 The two most frequent ways CLOs controlled costs in the last 12 months are direct price reductions from outside counsel, and alternative or fixed fee arrangements, according to the survey. The most common price reduction — received by half of all law departments surveyed -— is between six and 10 per cent. The number of departments receiving average discounts of more than 10 per cent is 36 per cent this year, a jump from 28 per cent in the 2013 survey.

Along with targeting outside counsel pricing, CLOs also manage costs by managing the distribution of work to law firms. This year, 40 per cent of those surveyed have shifted law firm work to in-house staff; 36 per cent shifted work to lower-priced firms; and 34 per cent reduced the total amount of work sent to outside counsel. Of all efforts undertaken in the last 12 months, CLOs report that shifting work in-house is the one that yielded the greatest cost reduction.

The survey asked what law departments have done in the last 12 months to increase efficiency in the delivery of legal services. Two-thirds of CLOs indicate they have increased their departments’ use of technology tools. Over half have undertaken a restructuring/reorganization of internal resources, and 45 per cent have made greater use of paralegals and other paraprofessionals. The in-house effort that yielded the greatest improvement in efficiency was the reorganization of internal resources.

That is something Ellen Pekilis, former general counsel of not-for-profit organization CSA Group (she is now executive director at the Energy Exchange), found when she re-evaluated several aspects of the company’s law department. In the 20 years Pekilis was with the company, it had tripled in size with 52 per cent of the employee base outside of Canada and 80 per cent of the revenue outside of the country.

Despite all of the growth the legal team remained static at four lawyers, and a contracts paralegal and administrator.

“We had a range of challenges,” said Pekilis who spoke last week at the Association of Corporate Counsel annual meeting in New Orleans. “There was the expansion in volume of work and complexity of work was huge but the legal team wasn’t going to be growing.”

She prioritized projects to give focus to compliance and acquisitions as well as to providing legal advice on new initiatives. It was also decided doing tasks such as processing visa requests would be outsourced, which freed up time for the in-house department to take on more critical tasks.

“I didn’t have more hours but I could recapture hours and put them into tasks that are of higher value to the organization,” said Pekilis.

Pekilis also gave a presentation to CSA’s main legal service providers showing them where the priorities were for the company and said: “You guys are my outside team and I need you to understand the business objectives we are working on so let’s talk about how we are going to support these needs.’”

CSA’s billings started to go down. “When we started becoming more focused and effective, we had a better understanding of what work was needed where and the complexity of the work, and where we needed help most,” she said.

Further proof of the effectiveness of the evaluation Pekilis conducted was revealed when the company recently went through a “re-sizing” in Canada (the growth portion of the business is not in Canada).

“Our department not only came through without getting cut they let me re-hire for the two people who had just moved on,” she said. “That shows senior level support; I couldn’t add someone but I didn’t lose anyone either and other departments did.”

“We wanted to change the process of going through the motions without thinking about the kind of work that case deserves,” said Sciullo.

Forty-three per cent of CLOs say they don’t really care about a law firms’ delivery model as long as they get the results they want at a competitive price. Forty-two per cent of CLOs say they like to work with firms that offer innovative service delivery, although other selection factors may take precedence. An additional nine per cent of respondents actively seek out law firms that offer innovative approaches to service delivery.

The Chief Legal Officer Survey has been conducted annually by Altman Weil since 2000. The survey gathered 186 responses for the 2014 survey, 16 per cent of the 1,189 corporate law departments invited to participate. About half of the lawyers interviewed were from outside the United States.