Courts struggle with self-reps and reach of Internet

In a digital world, sharing information online comes as second nature to many people, but if you’re a party to a court case and post disclosure materials on the Internet, don’t be surprised when a judge decides to restrict your access to those files. 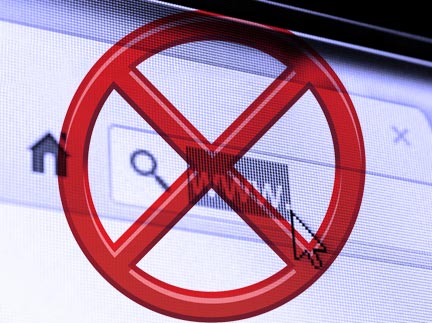 That seems to be the message of a recent Alberta Court of Appeal ruling that upheld a decision to restrict the appellant’s access to the Crown’s disclosure because he previously posted materials online. The appellant, John Kelly, represented himself for most of the proceedings.

Windsor law professor Julie Macfarlane, who studies the experience and phenomenon of self-representation in Canada, says the ruling is “a fascinating example of how much the courts may sometimes be in denial of the impact and reach of the web.”

“How can they expect to police this?” Macfarlane asks. “While lawyers would hesitate to post and use information in this way, there is no real reason to assume the unquestioning co-operation of the rest of the public. The presence of so many SRLs is highlighting many of our collective tacit understandings in legal practice, which they [self-reps] do not necessarily share.”

Kelly, who appealed his conviction for harassing a police officer and sabotaging a planned undercover investigation, was told he could access the materials by attending the Crown’s offices, viewing the files in private, and taking notes if he wished. He was also permitted to access the disclosure in the courtroom any time while the court was in session, as well as before and after the court was in session. In addition, he received copies of the transcripts as they were produced.

In a recent decision, the Alberta Court of Appeal found that restriction was not unreasonable.

“The appellant was found to have been inappropriately publishing previously-provided Crown disclosure on the Internet.”

According to Macfarlane, using the Internet to share information is now “completely normative” for many self-represented people.

“If the courts believe that this type of dissemination of information already provided to a litigant — and often in the public domain — is inappropriate, it is important to explain this to litigants and also to explain why,” she says.

“This judgment does not appear to consider either of these questions and runs the risk of being regarded as another means of imposing new rules and restrictions on SRLs without explaining why.”

The case is another example of the “serious challenges” posed by unrepresented litigants as the courts try to ensure they’re treated fairly yet uphold the rules of the court, says Toronto lawyer Harvin Pitch.

“That balance is delicate,” says Pitch. “The same balance is required by the Crown in a criminal case. The accused must be given the same rights as counsel in receiving disclosure yet must not be allowed to abuse that right by publicizing that disclosure.”

According to the court, Kelly harassed a police office for the better of a decade because his complaints to police about a local soccer federation and one of its officials did not result in charges being laid.

“While no direct threats were made, the repeated communications and threatening conduct were found by the trial judge to have caused the police officer to fear for his safety and that of his family,” the court said.