Global legal giant Dentons will be partnering with global IT giant IBM to invest in a Toronto-based startup, the company announced yesterday. 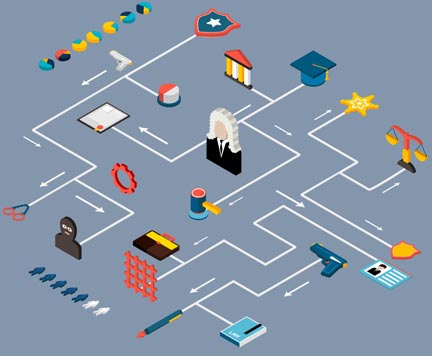 NextLaw Labs, a division of the firm dedicated to developing new legal technologies, either by itself or in partnership with startups, has created a program with IBM Cloud “to enable startups to create and deploy legal applications more quickly,” says Dentons.

Under the deal, the legal technology startups will be able to access IBM Cloud and related technologies such as IBM Bluemix, which contain more than 100 tools and services for developers.

The program is “really just a menu of all sorts of options and tools you can use,” ranging from the relatively simple to the complex, says NextLaw Labs CEO Dan Jansen.

“It’s really just a broad-based partnership, and one that will allow us to leverage their tools, from the basic to the sophisticated, to solve problems that basically allow us to come up with faster, better, cheaper solutions for our clients,” Jansen says.

Among the startups using the service will be ROSS Intelligence Inc., a company founded by a group of University of Toronto students. ROSS is developing an application that uses IBM’s Watson artificial intelligence technology to automatically spit out answers, based on existing law and evidence, to legal questions.

“Basically you teach Watson an area of law and you do these natural language queires and it comes back with answers,” says Jansen. “It’s kind of at the sexy end of the spectrum, so folks love to talk about it, but it’s the broader range of tools that we’re kind of interested in working with IBM.

He says, “some of them aren’t quite as glamourous but equally compelling” because of their ability to save lawyers time and money.

Under the deal announced yesterday, Dentons is investing money in ROSS Intelligence, but the company declines to say how much.

“Like any private equity investor, we don’t obviously announce the amount of money that we’re putting into any individual company,” says Dentons global chairman Joe Andrew.

“In Canada, there’s a very sophisticated legal market, a very competitive legal market, where there is a particular attention to cost” partly because the country is seen to be “over-lawyered,” says Andrew. “And so you see a real attention to new uses of technology inside Canada, more so often than in many other places around the world.”

“I have to tell you, we’ve gotten disproportionate ideas and flow out of Canada,” says Jansen. “ROSS came out of Toronto. Stay tuned . . . we have other opportunities we’re developing with our colleagues in Canada. So there will be more news.”