The Liberal government unveiled draft legislation today on doctor-assisted death which would apply to adults suffering incurable illness or disability but stopped short of extending it to minors or the mentally ill for now. 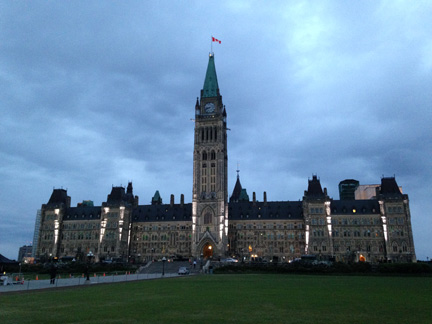 Parliament will vote on the draft law, which applies only to Canadians and residents in the country, by June 6.

The Supreme Court of Canada overturned a ban on physician-assisted dying last year but gave the new government of Prime Minister Justin Trudeau extra time to pass legislation, adding Canada to the handful of Western countries that allow the practice.

Trudeau, whose father declined treatment for cancer before his 2000 death, said Canadians were “extremely seized with this issue.”

“It’s a deeply personal issue that affects all of us and our families and all of us individually as we approach the end of our lives,” he told a news conference in London, Ont.

“The plan we have put forward is one that respects Canadians’ choices while putting in place the kinds of safeguards needed.”

Under the law, patients would have to make a written request for medical assistance in dying or have a designated person do so if they are unable. There would be a mandatory waiting period of at least 15 days in many cases, and patients would be able to withdraw a request at any time.

Patients would also have to be experiencing “enduring and intolerable suffering” and death would have to be reasonably foreseeable. Only those eligible for Canadian health services are eligible, eliminating the prospect of “suicide tourism.”

Critics are already calling out some aspects of the law. Toronto health law practitioner Mark Handleman says the draft law flies in the face of the Supreme Court’s decision in Carter v. Canada (Attorney General), which recognized that there are people who have conditions such as multiple sclerosis, which is debilitating but not terminal.

The Supreme Court stipulated that a patient need not accept a particular, or any, treatment, notes Handleman. The legislation requires that the illness, disease, or disability also be “incurable.”

But “what if it is curable, but with a treatment the patient does not wish to accept?” he asks.

The government did not adopt suggestions from a parliamentary committee that had suggested the law should also apply to those who suffer only from mental illness, or those who put forward advance requests. It said those issues needed more study.

Polls show physician-assisted suicide has broad support in Canada but the issue has divided politicians in Parliament as they grapple with how to protect vulnerable Canadians while respecting their rights and choices at the end of life.

The Liberals will allow a free vote on the issue and not require its legislators to back it.

Handleman notes the government did not table the regulations setting out when and how reports of medical assisted death must be made, or to whom. He says, “if these are not available when the legislation is passed, what assurances of consistent application of the law, of protection of the vulnerable, of access to assisted death for all Canadians equally, do the people of Canada have?”

He also suggests that there will likely be court challenges to the legislation from those under the age of 18 who wish aid to die; persons with intolerable conditions that are not terminal — including people with serious mental disorders.

In December, a Quebec court ruled the province can implement Canada’s first law permitting physician-assisted death while the federal government decides on a framework for how to handle the issue.

The Quebec legislation recognizes the need for access to palliative care, says Handleman, while this federal legislation “does not address this valid concern about a significant shortage of this resource everywhere in Canada.”

With files from Reuters.

Canada leads in global mining mergers and acquisitions as sector sees signs of a rebound: Fasken

The Canadian Lawyer annual Corporate Counsel Survey is back