The federal government wants to push through it’s “copyright modernization act” before the end of the year, but one critic asks what the rush is all about, especially when there are five copyright cases scheduled to come before the Supreme Court of Canada in the first week of December that could be related to current aspects of the act.

“There will be five cases heard in two days on Dec. 6 and 7, which is absolutely unprecedented in Canada,” says Howard Knopf, counsel with Ottawa’s Moffat & Co./Macera & Jarzyna LLP. 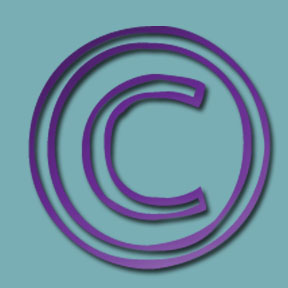 On Sept. 29, the federal government reintroduced bill C-11, the proposed copyright act. It will amend the current act in a several ways, such as making the circumvention of technological protection measures an infringement of copyright; amending fair dealing to include the purpose of education, parody, and satire; establishing an exception for user-generated content; and limiting the liability of Internet service providers.

C-11 is said to be identical to bill C-32, which was introduced into Parliament in 2010 and died on the order paper when the federal election was called.

Federal Heritage Minister James Moore has said he wants to get the bill through the House of Commons by the end of December, and hearings on the bill as it is currently proposed will be shortened.

“They’ve said they’re not interested in any change unless it’s extremely important,” says Knopf. “I think that’s unfortunate because while there’s a lot of good stuff in the bill, there’s also a lot of stuff that still needs some hard work and serious change.”

The last two major copyright revision efforts in Canada took place in 1988 and 1997.

“Those were majority government situations as well and were less controversial bills in much simpler times. I don’t know what the great haste is to get this done,” he says. “It would be much better that it be done right than done quickly.”

Knopf says bill C-11 is counter-productive to Canadian interests and can be improved. “Yes, hearings can take place on the bill at the same time, but we really should wait to see what the Supreme Court has to say as well.”

One of the cases coming before the Supreme Court in December is Province of Alberta, as represented by the Minister of Education v. Access Copyright, known as the K-12 case. It is thought to be the most important of the five cases because it will have implications beyond K-12 to the university level and to research and innovation.

From a business and innovation standpoint, Knopf says the bill as presented is behind the times. He points to the digital locks provisions and references to fair dealing and educational exceptions saying it “leaves a lot to be desired.”

“There are problematic aspects with respect to the digital locks. It’s almost oxymoronic to say we’re trying to encourage innovation and at the same time we’re allowing a handful of entertainment conglomerates and copyright lawyers to put locks and limits on innovative devices and content that creative engineers and artists develop and that consumers want to use and pay for,” he says.

The five copyright cases to be heard at the Supreme Court of Canada in December are:

• Province of Alberta, as represented by the Minister of Education v. Access Copyright.

• Sound v. Motion Picture Theatre Association of Canada: Whether soundtracks for movies and television programs are “sound recordings,” and whether there can be a tariff for section 19 remuneration for recordings that are part of a soundtrack.

Three appeals that deal with Tariff 22.A (Internet-Online Music Services):

• Shaw Cablesystems v. Society of Composers, Authors and Music Publishers of Canada: The role of ISPs in providing access to music websites.

• Society of Composers, Authors and Music Publishers of Canada v. Bell Canada: This will look at whether previews of music on music download websites are considered “fair dealing.”