When it comes to office holiday parties, it’s best if the only thing that’s lit is the Christmas tree. 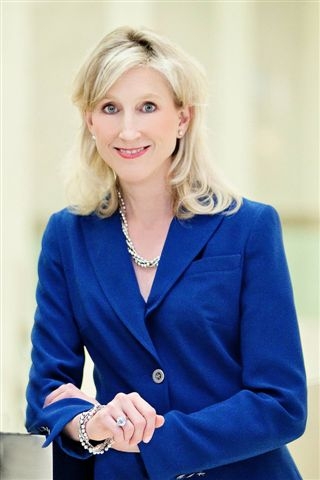 This is just one piece of advice to help both employers and employees make it through the annual holiday office party.

“Tis’ the season!” says Natalie MacDonald of Rudner MacDonald LLP. She says it’s important that both employers and employees understand their respective roles at the company Christmas party, and don’t lose sight of the fact it is an extension of the workplace — professionalism, courtesy and respect still apply.

“We’ve come quite a ways from the Mad Men days where people were swinging from chandeliers and photocopying private body parts. Now we’re hopefully becoming a more respectful workplace and with it there are obligations on both ends,” she adds.

MacDonald says social host liability is something employers need to pay attention to, noting their role is assessed in terms of what they have done to minimize liability and to maximize safety for the employee.

In her book, Extraordinary Damages in Canadian Employment Law, MacDonald talks about cases where the courts attributed a duty of care to the employer to provide a safe and healthy workplace, and the courts’ willingness to use a broad application of the definition of workplace.

“The concept of social host liability has been applied to the employer in a few cases, where the employer was responsible for providing the employee with alcohol, while in the workplace. In some cases, the damages have been extensive, as the courts have recognized the need to apply principles of personal injury,” she writes.

A 2002 case, Hunt (Guardian of) v. Sutton Group Incentive Realty Inc., is a good example of the concept of social host liability, she says, adding it is applied where the employer is responsible for providing alcohol at the workplace, or at an office party wherever the location.

In Hunt, an employee consumed alcohol during an open-bar afternoon office party on the employer’s premises and no one was designated to monitor alcohol consumption. After the party, the employee and some colleagues went to a pub for more drinks. She attempted to drive home and was involved in a car accident.

The trial judge found Hunt 75 per cent responsible and her employer and the pub 25 per cent jointly and severally liable, with damages assessed at over $1 million. The trial judge said the employer “should have foreseen or anticipated that some employees would stop for a drink on the way home” and that, as her employer, Sutton Group “owed her a duty of care.” The trial judge also noted, “the worsening of the weather added to the employer’s duty” and that duty was not discharged by offering cabs to the employees generally and Sutton Group should have “insisted on her leaving her keys at the office or on her taking a taxi” or should have called her husband to pick her up.

On appeal, Sutton Group argued that even if it had been negligent for allowing Hunt to leave the party intoxicated, their negligence was not the direct cause of the accident due to Hunt’s trip to the pub and consumption of more alcohol there. While the Court of Appeal agreed, they overturned the trial judge’s decision on procedural grounds, namely that the trial judge's discharge of the jury from hearing the case upon grounds of complexity and publicity. A new trial was ordered.

A 2009 case, van Woerkens v. Marriott Hotels of Canada Ltd., stands as a warning to employees. A man, who had worked for the Marriott for 22 years, was terminated for cause after engaging in inappropriate conduct at the company’s holiday party. A senior manager tasked with supervising the party failed to regulate alcohol consumption — in himself and others — and engaged in “sexually suggestive” dancing. Van Woerkens also condoned an after party with more drinking, where he inappropriately touched a female subordinate and then denied his behaviour when his employer investigated his misconduct later.

The court found the Marriott had just cause to fire van Woerken — that by engaging in physical conduct of a sexual nature with a subordinate employee at a time when she was highly intoxicated, it amounted to an abuse of power. His persistence afterwards in asking if she would pursue a sexual relationship with him amounted to sexual harassment. The court also found the plaintiff’s dishonesty during the investigation was sufficiently serious to erode his employer’s confidence in him.

The trial judge wrote in the decision — which has a section titled “The holiday party and its aftermath" — that “the plaintiff consumed alcohol to the point where it impaired his judgment and affected his behaviour that evening. His consumption of alcohol showed very poor judgment when he was one of two senior managers responsible for the supervision of the holiday party. That lack of judgment and its consequences, all contributed to Marriott’s loss of trust and confidence in the plaintiff.”

MacDonald says not becoming inebriated is rule No. 1 for employees and on the part of the employer, ensuring a safe route home. Employers should see it as “a given that some will drink to excess.”

Other do’s and don’ts for employees include dressing appropriately and behaving “as if your boss is watching.” Be mindful of your reputation — and remember all workplace policies, like those relating to harassment, still apply at holiday events.

“We need to be mindful of the fact that attending the office Christmas party is not a license to go wild,” MacDonald says.