Innocence Canada gets funding from province and LSUC

A non-profit organization that had issued layoff notices to staff and was moving offices after hitting funding challenges has received funding from the Ontario government and the Law Society of Upper Canada. 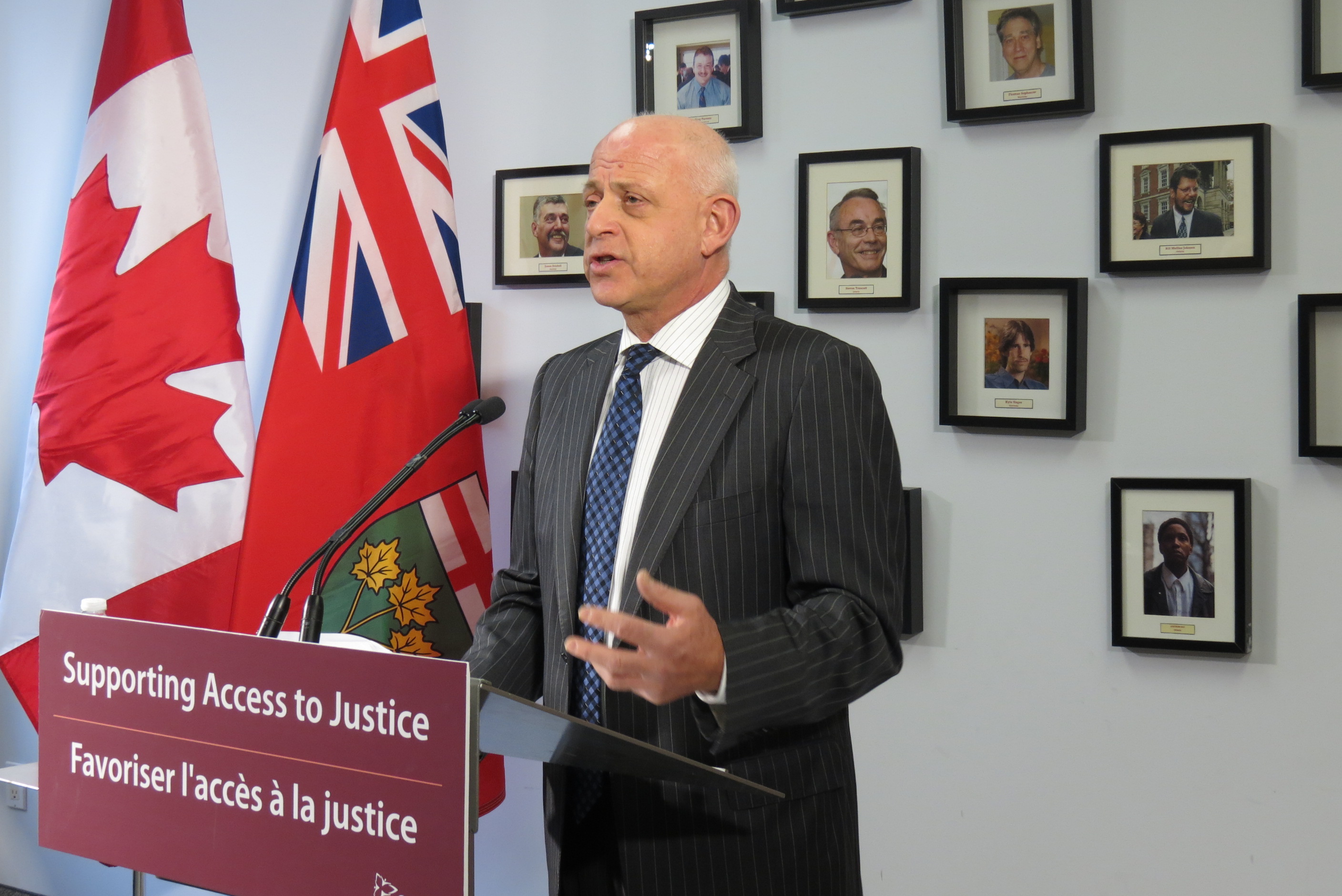 Ontario Attorney General Yasir Naqvi and Law Society of Upper Canada Treasurer Paul Schabas announced that Innocence Canada will receive $900,000 over the next three years to sustain its operations.

Innocence Canada — an organization that helps wrongfully convicted people challenge their convictions and advocates for greater public awareness around the issue — had stopped taking applications from people seeking help in September.

“This infusion of financial support allows us to go back to where we were, and run our operation fully,” said Russell Silverstein, a criminal defence lawyer who is co-president of the organization.

“We were going to become significantly scaled down. That would have compromised our ability to service our clients. The tension is off now, the pressure is off, [and] we can go back to where we were several months ago and chart a new course for the future.”

Silverstein was at Innocence Canada’s Peter Street office for the announcement with Naqvi and Schabas, where details of the funding were revealed.

For the last eight years, the organization had been operating with about $580,000 per year. Before the announcement, it fell short when it came to meeting that amount.

“This is a wonderful gift to our clients, those who are in jail, having been wrongly convicted, who we strive to help and have been striving to help for 23 years,” said
Silverstein. He said the financial support from the government “marks an important change in the culture of access to justice.”

“We pledge to take this grant of $300,000 per year for the next three years and devote it to the continuing work we do, which is to work for the exoneration of those who have been convicted of crimes they did not commit,” said Silverstein.

The organization, which was formerly known as the Association in Defence of the Wrongly Convicted, is the only full-time non-profit organization that delves into potential wrongful convictions by using tools like private investigators and forensic pathology testing, independent of educational institutions and government.

She also said there were still 85 cases Innocence Canada was handling that are under review, including 16 where they believe innocence has been established.

“The simple reality is that despite our collective best efforts, we sometimes do get it wrong,” said Naqvi. “That is why it is so important to have an organization like Innocence Canada as part of our justice system. It is an organization that advocates for those who are all but forgotten by society.”

Naqvi said the funding will be provided to the organization for things like reviewing cases and for advocacy.

“Our justice system has great strengths. It is not, as we well know, infallible,” said Schabas. “The ever-present possibility of error makes it especially important to support those who represent citizens who may have been. . .wrongfully convicted of crimes.”

Silverstein said despite the infusion of funding, there will be changes.

“We intend to reorganize our process nonetheless to seek to make us as efficient as possible, change some of the ways we deal with our incoming cases, and continue to rouse public support so we get more financial support from the private sector, from individual donors, so that we don’t become dependent on government money forever,” he said. “. . .We’re confident that over the three years, we can achieve that.”