In a decision that clarifies the test for judicial bias, The Supreme Court of Canada today came down hard on a Yukon trial judge who unfairly sided with a francophone school board, while simultaneously striking down faulty inferences at the appeal court level. 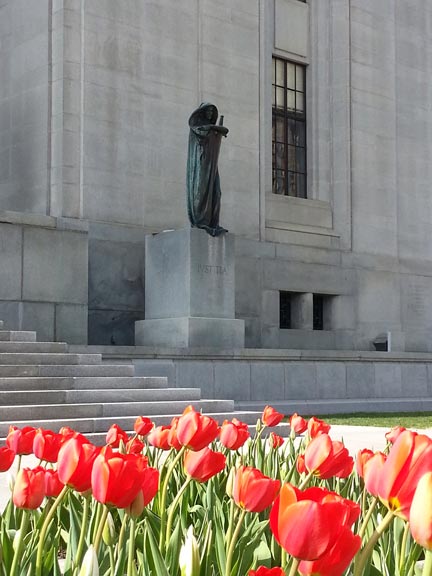 The appeal in Yukon Francophone School Board, Education Area #23 v. Yukon (Attorney General) involves a language-rights dispute in which the territory’s school board sued the government in 2009 for reallocating funds away from French-language education.

The Supreme Court’s decision cites several disparaging remarks directed at Yukon counsel and includes a laundry list of incidents that clearly breached the threshold for reasonable apprehension of bias.

At one point, the judge said he would allow counsel for the government to bring forward new arguments relating to confidentiality of a witness — only to blindside the Crown the next day with an unfavourable ruling that halted discussion.

Perhaps more troubling, the trial judge questioned Yukon counsel’s request to submit evidence from a witness who had suffered a stroke. The judge accused counsel of trying to delay the trial and warned counsel they could be ordered to pay costs personally if they brought the application.

Yet another example of bias occurred after the trial judge’s ruling (in favour of the school board), when Yukon counsel were denied their request to challenge costs claimed by the board — including punitive damages and solicitor-client bills retroactive to 2002.

“All of these incidents, taken together and viewed in their context, would lead a reasonable and informed person to see the trial judge’s conduct as giving rise to a reasonable apprehension of bias,” the decision states.

Receiving the brunt of the trial judge’s “disparaging remarks” was Max Faille, the partner in public law at Gowling Lafleur Henderson LLP who represented the Yukon government before the SCC.

Faille says the court was in no position to pronounce on many of the language-rights issues that are core to the case, given the tainted nature of the trial. He calls the Supreme Court’s decision a “vindication” of the way his team and client comported themselves in court.

“I’ll confess that it was a very difficult trial,” says Faille. “As advocates, we come to have certain expectations when it comes to trial procedure and the law of evidence and conduct of the judiciary. . . . Certainly we felt in the courtroom it was quite palpable that we were not being heard on behalf of our client. And that was quite trying during a lengthy trial.”

Despite agreeing with the appeal court’s finding of bias, the decision — written by Justice Rosalie Abella on behalf of a unanimous court — dismisses the lower court’s reasons, which had placed significant weight on the trial judge’s position as a governor of the Fondation franco-albertaine, a philanthropic organization.

While the appeal court found that the trial judge’s connection to the group indicates a world view aligned with the francophone school board, Abella makes clear that group affiliation cannot, on its own, be used to infer bias:

“Membership in an association affiliated with the interests of a particular race, nationality, religion, or language is not, without more, a basis for concluding that a perception of bias can reasonably be said to arise. Canada has devoted a great deal of effort to creating a more diverse bench. That very diversity should not operate as a presumption that a judge’s identity closes the judicial mind.”

The SCC decision focuses mainly on questions around judicial bias, while upholding the lower court’s determination that a new trial should be held where the majority of the language-rights issues will be dealt with.