While LawPRO is asking lawyers to get serious about cybercrime as it restricts insurance coverage in that area, the insurer is also making a number of other changes that will affect them in several ways. 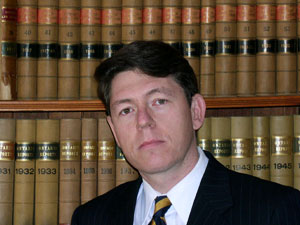 Besides the cybercrime changes, the insurer is announcing an increased deductible of $10,000 for claims arising from an administrative dismissal unless the court sets it aside through steps taken by or under the direction of LawPRO.

In addition, there will be changes for paralegals practising in partnership with lawyers. As of their next renewal, they’ll have to move to LawPRO insurance with coverage matching that of their lawyer partners. Finally, LawPRO is amending its policy to support the mobility of lawyers who are members of both the Law Society of Upper Canada and the Barreau du Québec.

On the positive side for lawyers, LawPRO is holding the base premium at $3,350 for 2014. The insurer says it’s the fourth consecutive premium freeze, something it was able to accomplish this year by withdrawing $5 million in premiums from the law society errors-and-omissions fund.

As Law Times reported this week, LawPRO is instituting a $250,000 cap for claims related to cybercrime that involves misappropriation of client trust funds or breaches of confidential information. In doing so, it says it’s telling lawyers and law firms to get more serious about preventing cybercrime.

“With the demonstrated exposure of the insurance program to large losses arising out of cybercrime and the potential for clusters of such claims across law firms, it is appropriate that further consideration now be given to how this risk is addressed under the insurance program and what additional steps might be taken to better ensure that lawyers and law firms are aware of this growing exposure and what they might do to better protect their client data and trust funds, as well as themselves,” LawPRO stated in its report on insurance changes for 2014.

One defence counsel who’s generally in favour of encouraging lawyers to be more careful about cyber fraud is Toronto’s Aaron Harnett, who says he has seen multiple attempts at bogus cheque scams in his e-mail inbox.

“Over the last two years, I have received actual cheques in an amount exceeding $500,000,” he says, noting it’s good to see LawPRO send a message that lawyers need to be more careful.