Non-payment claims against clients have to go to Superior Court

Lawyers can no longer bring claims against their clients for non-payment of fees at Ontario’s Small Claims Court for services delivered outside of that court. 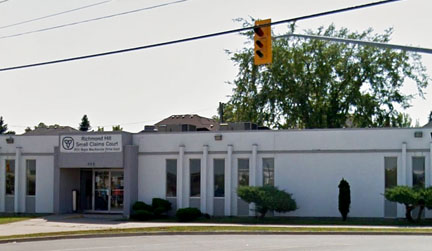 A Toronto Small Claims Court dismissed a matter brought by a law firm last week citing lack of jurisdiction over enforcement of legal service payment agreements despite the court having done so in the past.

The shift comes after Justice Ian Nordheimer pointed out in an October Divisional Court ruling a little-known section of the Solicitors Act, which states claims for non-payment must go to the Superior Court.

This means law firms, which often send paralegals to Small Claims Court to collect unpaid accounts, now have to pay lawyers to do it, as paralegals don’t have standing at the Superior Court.

Hanuka says the matter is one of access to justice, especially for clients who have to retain another lawyer to defend themselves against non-payment claims.

Paralegal Frederick Goodman says the decision will have “a significant impact” on his practice as he often pursues unpaid accounts on behalf of lawyers and law firms.

In Dec. 12’s Dunsmore Law Professional Corp. v. Allegra Homes , Small Claims Court Deputy Justice Paul Martial said it was “abundantly clear” he does not have jurisdiction over the non-payment claim before him.

“In my view, it is abundantly clear on a plain reading of the above sections of the Solicitors Act and the binding decision of Nordheimer, J. that the Superior Court of Justice has exclusive jurisdiction and that the Small Claims Court does not have jurisdiction to hear the plaintiff’s claim for payment of its fees pursuant to a written retainer agreement,” Martial said.

On Oct. 15, Nodheimer said s. 23 of the Solicitors Act requires that an application to enforce of a written legal services agreement must be brought in the court in which the business was done or if the business was not done in court, by the Superior Court of Justice.

“I repeat that s. 23 expressly excludes the Small Claims Court from this authority,” he added.

Nodheimer’s decision is correct based on the law, Hanuka says, but he suggests the law could use a revision, emphasizing any revision has to come after ensuring more training for paralegals.

As to the qualification of deputy judges to make findings on such applications, Hanuka says he doesn’t think deputy judges, “properly informed,” would be any less qualified than assessment officers at the Superior Court.