An Ontario Superior Court judge made some interesting remarks on the proportionality rule, lawyers’ fees, and the courts’ stone-age approach to technology last week. 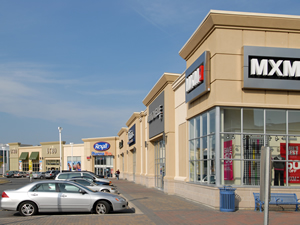 Ruling in Harris v. Leikin Group, Justice David Brown considered the cost motion of one of the defendants, First Capital Realty Inc., following its successful bid for summary judgment. The case centred on a bid process for College Square in Ottawa. The plaintiffs alleged the bid process was a sham and took several parties, including First Capital, to court.

Brown ruled there was no basis for the claim against First Capital, which sought $437,000 in costs, including $333,000 in fees and $62,000 in disbursements. The plaintiffs responded with several criticisms:

1. First Capital wasn’t entitled to costs for participating in four unsuccessful summary judgment motions by the other defendants.

2. The hourly rates claimed by First Capital’s lawyers were too high.

3. Counsel for First Capital spent too much time on certain steps.

4. First Capital’s costs would violate the principle of proportionality because they’d amount to more than 50 per cent of the substantial indemnity costs of $709,000 incurred by the plaintiffs in defending all five summary judgment motions.

But perhaps the most interesting aspect of Brown’s decision is his analysis of First Capital’s claim for $30,000 in disbursements for electronic document production and database management.

While the plaintiffs didn’t oppose recovery, Brown carefully considered the fees in light of the court’s direction that lawyers follow the Sedona Canada principles for e-discovery. He accepted them but then engaged in a fairly harsh diatribe about the court’s seemingly hypocritical stance in ordering parties to use the Sedona principles in relation to e-discovery when they themselves can’t accept electronic documents.

“At conference after conference, judges and masters of this court exhort counsel to educate themselves in the Sedona Canada principles. Yet, can we as a court accept the work product derived from parties nicely organizing and exchanging their litigation-related documents in electronic format? We cannot. As I have stated in previous decisions, the Superior Court of Justice of Ontario labours in the Dark Ages of document management.”

Brown then went on to note a “most dangerous disconnect” that exists “between what we as a court are telling litigants to do in managing their electronic litigation documents and what we as a court can accept from those who litigate before us.”

The situation, he noted, is unacceptable. “It is now apparent that those who manage this court’s document intake system do not intend to introduce e-filing in the foreseeable future. . . . In an age when those who use our courts create electronically the documents by which they conduct their business and personal affairs, for a court such as ours to continue in its inability to communicate with its users by electronic means risks creating a serious gap between the public and their courts, thereby endangering the legitimacy of our court system.”

Interestingly, in a previous ruling in the same case in August, Brown set down clear rules for managing the Leikin Group file. “I see no reason why the trial should take more than one week,” he wrote in a decision that, among other things, set stringent time limits for cross-examination of witnesses.

In the heart of the Harris ruling, and addressing the first criticism mentioned above, Brown ruled First Capital’s counsel had some basis for attending the other defendants’ summary judgment motions but said the extent to which it did so was “slightly excessive.” Accordingly, he reduced the costs by almost $11,000.

On the question of the legal fees, he accepted that some of them were too high given the lawyers’ years of call. In one case, he noted that one lawyer identified as S. Perri, a 2005 call, billed at an actual rate of between $385 and $540 per hour. First Capital sought a substantial indemnity rate of $300 an hour and a partial indemnity rate of $200 per hour.

“I think a partial indemnity rate of $200/hour for a six-year call in a downtown Toronto firm is too high, especially in this case where it is only $80/hour less than the senior lawyer who has twice the expertise,” Brown wrote, instead reducing the amount to $175 per hour.

“The plaintiffs seem to suggest that where five separate motions for summary judgment are brought against it, an unsuccessful plaintiff should not be responsible for more than one-fifth of its own substantial indemnity costs to any one successful party,” Brown wrote. “I see no merit to that claim. That is not the way litigation works. A plaintiff must reasonably expect that the greater the number of defendants it brings into a lawsuit, the more likely it will be that the resulting costs of all defendants will exceed significantly the costs incurred by the plaintiff.”

It’s clear that on at least this case, then, Brown is taking strong stances.