A study released today by the Residential and Civil Construction Alliance of Ontario shows core municipal infrastructure projects in Ontario are facing increased delays due to the Municipal Class Environmental Assessment process. 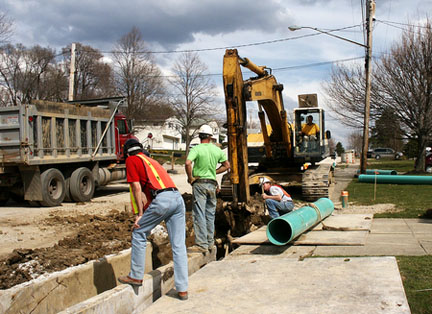 The study, which updates a similar one released in 2010, concludes it now takes an average of more than 26 months to go through the MCEA process compared to 19 months in the previous study. It also shows the costs of background studies and reports have more than doubled over the past three years.

A municipal project that might take close to three years to get approval in Ontario would be dealt with almost immediately in Alberta or Manitoba if they had the money to proceed, says Frank Zechner, an environmental lawyer based in Toronto who prepared the independent study commissioned by the RCCAO.

Despite attempts by the Municipal Engineers Association to streamline processes following the 2010 report, it doesn’t seem to have made a difference. Zechner says he was shocked to see the increased time to go through the MCEA process. However, he points out because Ontario has a unique structure in place to determine which municipal projects are subject to some form of environmental assessment, it will probably continue.

“In other Canadian jurisdictions they aren’t quite so concerned about infrastructure projects by municipalities. If it’s a lane realignment for a bike lane in a subdivision it doesn’t require an EA, but in Ontario we cast the net so wide that it does catch those types of projects,” says Zechner.

So every time the environmental assessment process is triggered any person can seek to have it taken to another level along the lines of an appeal. If granted that could require a much broader review.

“That seems to be a process used by people who are perhaps not satisfied, for example, by the amount of expropriation they may have had to deal with. For instance if a three-foot part of their lot is taken away to widen a road and they weren’t happy yes, there is an appeal process under expropriation but they can also go through the EA process to make some more noise and get more consideration,” he says.

Initial expectations were the delays would have improved slightly but observers were surprised by the degree to which the delays have gone up, and with increased complexity in review both costs and time frame increase.

“I am very disappointed that the process is actually getting worse. The Ministry of the Environment supports streamlining the approval process for basic or low-risk projects, but no substantive improvements have been made,” said RCCAO executive director Andy Manahan in a statement.

Other findings in the study include:

Infrastructure is increasingly inadequate due to age and climate change. The Greater Toronto Area ice storm in December 2013 and flooding in July 2013 are prime examples. Projects, such as cycling paths and lanes face months or years of delay to assess environmental impacts.

Approvals for aging infrastructure need to be made faster so systems are more resilient to withstand regular use and extreme events such as flooding and ice storms.

Ontario’s Environmental Assessment laws have been in force since 1976 and the current Municipal Class EA process came into existence in 1987 through the Municipal Engineers Association. While other Canadian jurisdictions do not have the same requirements when it comes to basic municipal infrastructure, these jurisdictions are able to complete reviews faster with better economic and environmental outcomes.

•    Fast-track schedule B and C municipal class projects in the same way many transit EAs are fast-tracked;
•    Reduce the scope and complexity of EA reports and background studies;
•    Municipalities should combine Environmental Assessment Act and Planning Act requirements into joint public consultations instead of being done separately, wherever possible;
•    Establish greater transparency by posting completed EA reports on the Ministry of the Environment web site;
•    Reduce potential abuses of the right to request a more detailed EA review through a Part II order request (referred to as a “bump-up.”)