Lawyer rudeness in e-mails is now one of the leading complaints of uncivil behavior grievances filed against lawyers, an article in the summer edition of the British Columbia Benchers’ Bulletin states. And, action has been taken against lawyers who fail to dial down their language in emails. 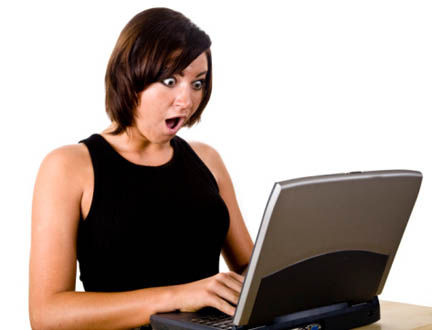 “Disciplinary action has been taken in Canada against lawyers who for example, called opposing counsel ‘clueless,’” Maureen Boyd, the LSBC’s manager of discipline, says in the Bulletin. “Another lawyer advised opposing counsel to take a settlement offer and shove it, including a graphic description of the intended location. And, in written correspondence one lawyer said to another, ‘I don’t have time to read two-page rambling letters. Say what you want to say in a single sentence unless you are paid by the word.’”

Carolyn Anderson, one of two intake and early resolution lawyers at the LSBC offices, said in the past 18 months she had to assist about 60 lawyers dealing with e-mail issues.

“Five years ago,” she said, “ Most rudeness complaints were about things that were said in conversation. There is no doubt that e-mail is requiring more attention from lawyers but the basic standard for lawyers’ behaviour haven’t changed for e-mail or otherwise.”

In the Bulletin article, lawyer Leslie Muir, who has written and lectured on professional responsibility issues, talks about the perils of responding too fast to client concerns. “Many more people expect instant results, instant responses, and demand instant options. Many people say things in text messages and e-mails that they will, or at least should, regret. I do not allow these types of expectations to prevent me from fully considering the facts and the law prior to giving advice or taking steps. And, I tell lawyers at my lectures that if you do, it is at your peril.”

The LSBC recommends that lawyers set out a policy when accepting a retainer that outlines the communications between lawyer and client and the time involved in getting back to a client.

However, lawyers are getting some advice in B.C. so they can resist sending off that flippant text message or hurried email, which could land a complaint before the discipline committee. The LSBC has launched a series of discipline alerts. “The idea behind the new alerts is to provide lawyers with information so they can avoid conduct that leads to complaints,” says Deborah Armour, the LSBC’s chief legal officer for.

The first alert sets out recommendations for communications to prevent “two aspects of incivility — tone and content.” Lawyers should avoid using obscenities, avoid adjectives or adverbs in correspondence, particularly when they editorialize and do not add material content, recognize anger or frustration and avoid communicating until the feelings are resolved, have another lawyer review and edit letters before sending them, and adopt a practice in difficult matters of corresponding by letter and reviewing the letter a day later and editing it before sending it.