Sale of Hydro One could breach Electricity Act

Selling off public assets like Hydro One would benefit private investors and lawyers but would not serve the public interest, according to a legal opinion issued today. 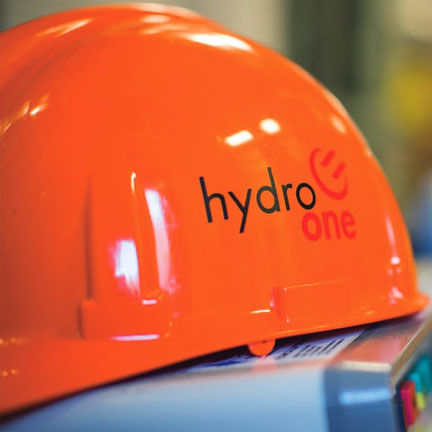 “Our opinion is that the government simply doesn’t have the authority under the Electricity Act to divert the proceeds from a sale of Hydro One to any purpose other than what is authorized by the Electricity Act,” says Steven Shrybman, a partner with Sack Goldblatt Mitchell LLP in Ottawa.

He was retained by the Canadian Union of Public Employees to provide the opinion. The union has concerns over the legality of the Ontario government’s plans to sell all or part of the publicly owned electrical transmission and distribution system.

In his opinion, issued today, Shrybman wrote: “Regardless of whether the sale itself is lawful, if the government fails to pay the net proceeds from any such sale to the Ontario Electricity Financial Corporation, it would be in breach of the explicit requirements of the Electricity Act.”

As well, “The exercise of statutory discretion to privatize Hydro One could be challenged on administrative law grounds of unreasonableness or irrationality.”

Shrybman says the act is “quite explicit” that the proceeds of any sale have to be paid over to the finance corporation, the successor to Ontario Hydro, and the debt holder of all the unpaid liability.

“There’s almost $10 billion in outstanding debt there and so the act is explicit that if you sell some of the assets you’re going to pay down the mortgage,” he says.

Last April, the Ontario government announced it was looking at options for both Hydro One and Ontario Power Generation in an effort to find funds for transit infrastructure.

“It serves private investors well and there’s an awful lot of money that lawyers and the underwriters would make in the transaction,” says Shrybman, noting in the last IPO the costs were declared to be $120 million in underwriting and legal fees.

“There are lots of people on Bay Street that would make a lot of money simply on the transaction. But it definitely does not serve the purposes of the act, in our view.”

It’s not the first time the province has considered privatizing the utility to raise cash.

In 2002, the Ernie Eves Conservative government announced it was going to sell Hydro One through an initial public offering. Sack Goldblatt was retained by CUPE at that time as well to look at the issue. The view then was also the government did not have the authority to sell the asset. Ontario Superior Court Justice Arthur Gans agreed, ruling the legislation didn’t give the province the authority to sell it off.

The act was amended to create the authority to sell, but at the same time the government said if it sells, it would use the proceeds to pay down the debt.

“We don’t know really what the government is proposing to do — we just have an advisory counsel report that [former chief executive] Ed Clark from TD Bank chaired, and we have some rumours — the government might do something else by way of privatizing Hydro One,” says Shrybman.

In November, Clark, who heads the Premier’s Advisory Council on Government Assets, issued a report saying Hydro One and Ontario Power Generation should remain in public hands. It recommended Hydro One’s transmission and distribution business be separated and the province retain ownership of the transmission business, while diluting its share of the resulting distribution company. It also recommended the province dilute its interest in Hydro Brampton by merging it with other local distribution companies.

“As these distribution services represent 41 per cent of the Hydro One enterprise, the Council has recommended a significant privatization of Hydro One’s business,” writes Shrybman.

CUPE National opposes the sale because its sees considers mainting such a strategic asset as a public utility to be in the public interest.

“It’s probably the most valuable public asset in the country and it’s obviously of critical importance to the people of Ontario,” says Shrybman. “It’s a very unreasonable thing to do and that’s part of our legal opinion as well. To sell critical infrastructure in order to get money that you can much more cheaply borrow. Private investors want an eight per cent return. The province can borrow at less than three per cent.”