Cash bails cannot be demanded of accused except in the limited circumstances outlined in the Criminal Code, the Supreme Court of Canada has ruled in a case which saw an Ontario man required to put up a cash bail in addition to a surety. 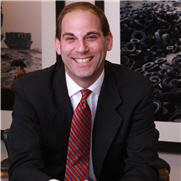 In Her Majesty the Queen in Right of Canada v. Kevin Antic , the Supreme Court allowed the Crown’s appeal and affirmed s. 515(2) of the code, which a bail review judge of the Superior Court of Justice had struck down as unconstitutional. That section of the code permits a justice of the peace or judge to require both a cash deposit and surety supervision only if the accused is not ordinarily resident of the charging jurisdiction, or lives more than 200 kilometres away. Kevin Antic, who was arrested and charged with drug and firearms offences, did not meet that criteria, yet was still required to put up a cash bail.

“The right not to be denied reasonable bail without just cause is an essential element of an enlightened criminal justice system,” Justice Richard Wagner wrote in a unanimous decision. “It entrenches the effect of the presumption of innocence at the pre-trial stage of the criminal trial process and safeguards the liberty of accused persons.”

The bail review judge had held that s. 515(2) of the code violated the right not to be denied reasonable bail without just cause because it had the effect of denying bail to the accused, Antic. But the Supreme Court found that it was the bail review judge’s misapplication of the bail provisions that did so; and in requiring cash bail of Antic in addition to a surety, the bail review judge effectively reintroduced cash bails to the justice system.

Changes made to the bail system in 1972 largely removed cash bails in order not to further disadvantage the poor and marginalized who comprise the bulk of those passing through the criminal justice system, says Jonathan Shime of Cooper, Sandler, Shime & Bergman LLP in Toronto, who acted for the intervener Canadian Civil Liberties Association in the case.

In July 2014, the CCLA released a report, “Set Up to Fail: Bail and the Revolving Door of Pre-trial Detention,” which described problems in the bail system including overly onerous terms of bail, Shime told Legal Feeds. “All of that was presented to Supreme Court, and I think they readily adopted and agreed that bail courts in Canada need a reminder as to how bail courts are meant to work,” he says.

The bail system is similar to the justice system in that it significantly disadvantages the poor, First Nations, black and homeless communities, Shime adds. “Reintroducing cash bail isn’t the solution; it would only serve to aggravate those discriminatory effects. The Supreme Court understood that.”

In its decision the Supreme Court confirmed that the “ladder principle,” codified in s. 515(3) of the Criminal Code, requires a justice or judge to impose the least onerous form of release on an accused unless the Crown shows why that should not be the case.
Nicholas Devlin, who represented the Public Prosecution Service of Canada before the Supreme Court in the case, told Legal Feeds that the decision had three central messages: that “the courts must not turn reflexively to stricter forms of release before considering whether cause exists to do so; that “cash is not better than a pledge in the form of a recognizance”; and that “bail should be rigorously enforced when it is breached.

“Each of these principles is already enshrined in s. 515 [of the Code], and their universal application can only benefit the administration of justice,” Devlin told Legal Feeds.

The CCLA took “a very principled position” on the case as an issue of law, Shime says, and was “somewhat unusual in that, in essence, it supported the prosecutorial decision.

“We’re hopeful that this decision will remind everyone that the default solution [in a bail hearing] is release on an undertaking without conditions,” Shime adds.

“This decision reminds everyone of what the guiding principles [of bail hearings] should be. . . .  It’s the type of case that every young lawyer should carry into bail court with them every day.”