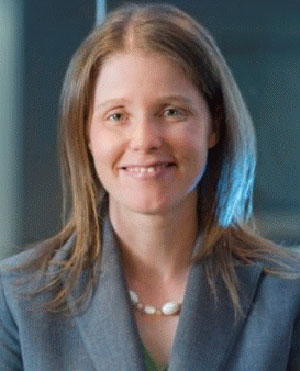 The appeal stems from a human rights complaint by Javed Latif, a Canadian citizen of Pakistani origin who, in 2004, applied for pilot training at one of Bombardier’s facilities in the United States.

At the time, tensions following the Sept. 11, 2001, attacks were running high, and the United States had instituted enhanced security measures for the aviation industry. It was in this environment that U.S. authorities denied Latif security clearance.

Latif proceeded to seek training at Bombardier’s Montreal facility, but the company refused to train him in Canada, citing its policy of adhering to U.S. national security directives.

Latif filed a complaint with the province’s human rights commission, which then launched a proceeding at the Quebec Human Rights Tribunal. The tribunal sided with Latif and ordered Bombardier to disregard U.S. decisions on security clearance.

That decision, however, was overturned on appeal, a finding upheld today in a decision written by justices Richard Wagner and Suzanne Côté on behalf of a unanimous Supreme Court.

The Supreme Court decision reiterated the appeal court’s finding that the plaintiff had failed to prove that, on a balance of probabilities, the U.S. security decision was discriminatory, something that was a virtually impossible task given laws in the United States that prohibit non-citizens from accessing the reasons in such cases.

The court stated: “It cannot be presumed solely on the basis of a social context of discrimination against a group that a specific decision against a member of that group is necessarily based on a prohibited ground under [Quebec’s Charter of Human Rights and Freedoms]. In practice, this would amount to reversing the burden of proof in discrimination matters.”

Catherine McKenzie, one of the Irving Mitchell Kalichman LLP lawyers who represented Latif, says she’s disappointed with a decision she believes makes it much harder to prove racial profiling.

“People don’t admit that they do things for discriminatory reasons, so you’re always looking at circumstantial evidence. And so by setting that bar at balance of probabilities . . . I think that the likely result is that it could be harder to prove discrimination in the future.”

With no official reasons for the U.S. security decision, McKenzie says she had to resort to bringing in an expert on discrimination and a professor who had looked at racial-profiling statistics for similar U.S. security programs.

“The argument that we were making was that, given that the U.S. had many programs, all with the same aim, and that these were all in fact discriminatory, it would be surprising to think that [the aviation screening] program, for which there was no oversight at all, wasn’t discriminatory.”

Bombardier’s counsel countered with their own expert and argued that the plaintiff, in order to prove his case, needed to provide statistics on the program or some other concrete evidence.

The court did, however, stress that its decision doesn’t give corporations licence to “blindly comply with a discriminatory decision of a foreign authority without exposing itself to liability under the Charter.”

McKenzie calls that the “silver lining” in the rulings. She figures corporations will have to conduct their own investigation before applying foreign policies that may be discriminatory. “There might be a civil claim against somebody for not doing an appropriate investigation,” she says.