SASKATOON — Traditional First Nation stories about an Ojibway legend were used to demonstrate how laws were taught and passed down from one generation to another during the “Aboriginal Peoples and Law: We Are All Here To Stay” conference in Saskatoon. 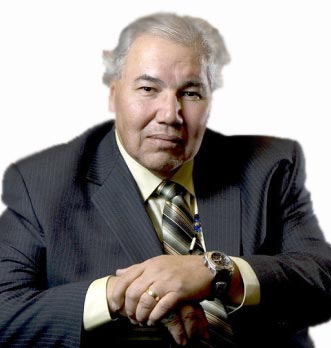 The afternoon session on yesterday’s first day of the three-day conference featured elder Marie Campbell and Joseph Naytowahow, who used song and dance to tell the story of Nanabush, an Ojibway trickster.

The story contained life learning lessons and teachings about what can happen if you are lazy and a thief.

“Each of theses stories are just filled with teachings,” said Justice Murray Sinclair during the question and answer portion of the session. “As I was listening to it, and as I tell it, each time I seem to get something different from it because that’s the beauty of a good story. This is about taking somebody’s else’s property.”

In the story, Nanabush wakes up from a long sleep, hungry and wanting food. He wanders until he comes across a camp. He steals and eats roasted ducks. Then he gets sick to his stomach because he eats too much.

“This is reinforcing that we have a sense of property,” said Sinclair.

Earlier in the day, Sinclair spoke to the conference explaining indigenous laws and concepts as well as debunking some myths.

“I’ve always chafed a bit by the dominant theory that is held by white legal authorities who said Indians had no knowledge, no tradition of owning property, which I always wanted to say out loud, bullshit,” said Sinclair.

Former Assembly of First Nation Chief, Ovide Mercredi, joined in on the analyses of the Nanabush story.

He said the story teaches what is right and what is wrong.

“Its not a good thing to be lazy but it’s worse to be a thief,” he said to a chorus of laughter. “Because if you are lazy consequences are there and obviously the consequences are that you can’t look after yourself. The story teaches you not to take other peoples property without their consent.”

University of Victoria indigenous law professor, John Borrows, said there are examples of where First Nation tribal courts have used these kinds of stories to support their reasons for decisions.

“In one way, these are children’s stories and they’re entertaining but we also have a resource for reasoning,” said Borrows. “We find this to be a resource for talking with one another what our responsibilities are, our laws, our obligations, and our responses to our challenges we find in our midst.”

Borrows says there is a framework in Canadian law that allows for these stories that talk about reconciliation and involving aboriginal perspectives on the meaning of the right at stake.

The Canadian Institute for the Administration of Justice sponsored the three-day conference.