Tech lawyer breaks down odds of winning at the SCC 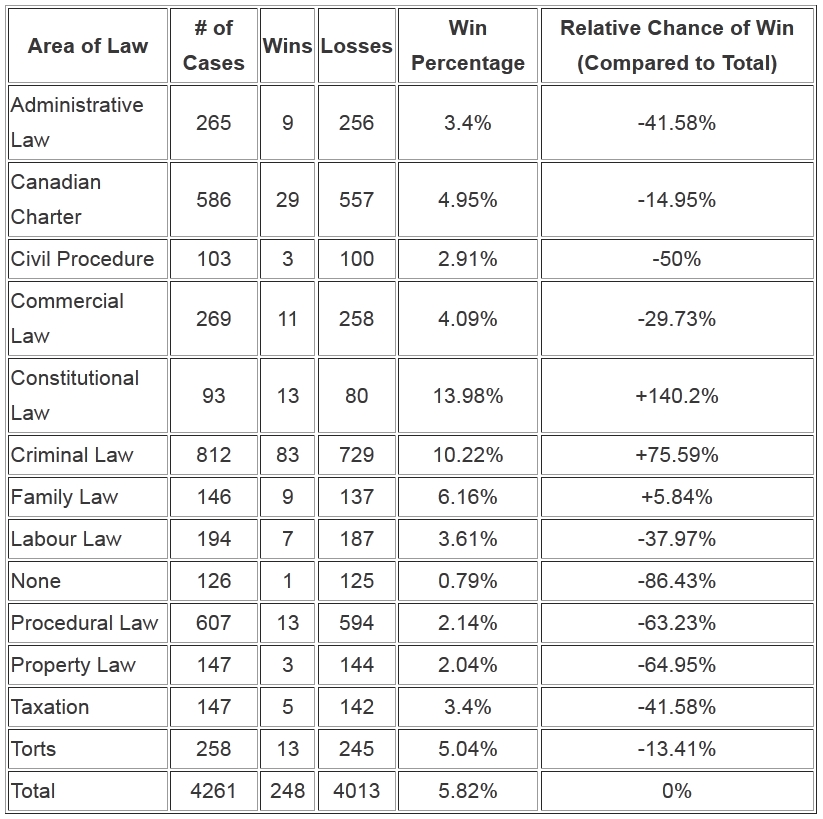 Your odds of winning an appeal at the Supreme Court of Canada are not great — and they’re really awful if you’re appealing a ruling on property law from Ontario.

How do we know this? Addison Cameron-Huff, a technology lawyer based in Toronto, has conducted an ingenious analysis of 4,261 Supreme Court of Canada judgments that boils down some key statistical insights.

Cameron-Huff, who used to work as a software programmer, says the idea came to him as he mused about the odds of winning at the appeal level.

“I was considering whether you could make some sort of odds calculator,” he says, “and I thought, step one was to gather this data and take a look and see what is out there.”

Within a day, Cameron-Huff had written 500 lines of code that scoured thousands of case dockets to parse out wins and losses by province and area of law — and the results are eye-popping.

“You hear about cases not being very successful at the Supreme Court, but I didn’t have a number attached to that,” says Cameron-Huff. 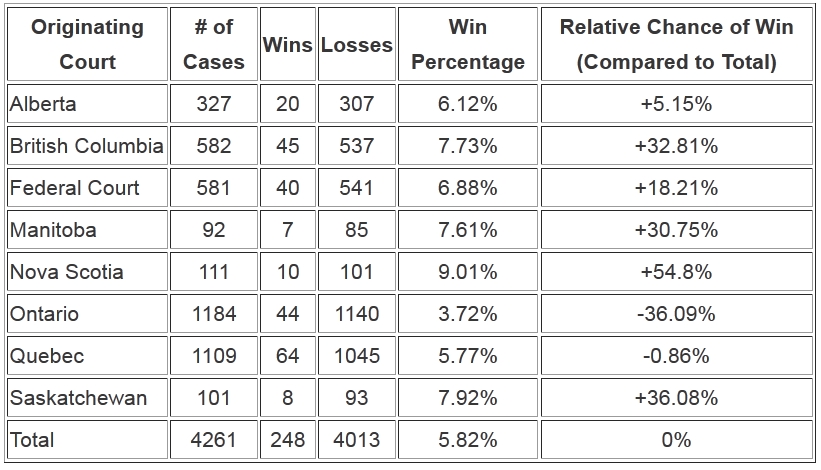 Why is Ontario such a bad place to appeal from? Cameron-Huff says he can only speculate.

“My guess is probably that the [Ontario Court of Appeal] is very good,” he says, “so [the SCC looks] at their decisions and they say, ‘That looks about right.’ Whereas with some of the other provinces maybe they have a bench that’s not as deep as the Ontario one.”

Cameron-Huff’s analysis also looked at the likelihood of victory based on area of law. Appealing a lower-court ruling on procedural law, for instance, is almost certain to end in tears — with 594 losses and only 13 wins.

What’s the worst-case scenario? “An Ontario civil case that has to do with property,” he says. “I think that’s the worst one. … You’re looking at less than a two-per-cent chance of winning probably.”

And for your best odds? Constitutional cases appealed “as of right” have a 14-per-cent chance of winning at the SCC. Cameron-Huff also suggests that as of right’ cases emanating from Quebec have a high likelihood of victory. “Eleven per cent of appellants win their Quebec criminal appeal.”

Anyone wanting to read the data or tinker with it can read the entire set in html or download it in JSON format. (A JSON viewer can also be downloaded here.)