With contributions from Adam Dodek (University of Ottawa), Malcolm Mercer (McCarthy Tétrault LLP), Richard Devlin (Dalhousie University), and other members of the Canadian Legal Ethics Listserv, here is my articulation of the top 10 Canadian legal ethics stories for 2012: 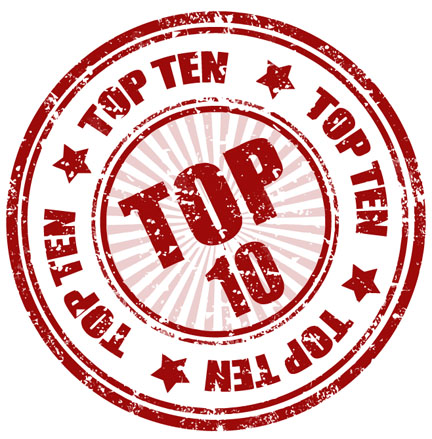 1. The Law Society of Upper Canada’s modification of articling to allow lawyer licensing through alternative forms of training

Will the public in Ontario be well served by this change? Will the profession be improved in the long run? There was clearly a gap between the number of qualified people seeking articling positions and the number of positions available in Ontario, a gap that also exists elsewhere in Canada. Articling had become a barrier to entry to the profession that was hard to justify as a matter of principle or of sound public policy. But whether this solution to that gap represents regulation of the profession in the public interest remains to be seen.

A conduct committee of the LSUC issued its decision holding that Joe Groia was guilty of professional misconduct for incivility. The Supreme Court of Canada upheld the decision of the Barreau du Quebec sanctioning Gilles Doré for his incivility in writing a critical and intemperate letter to a judge. I was an expert witness in the Groia case (for Groia) and continue to be critical of the law societies’ regulation of civility, and most especially of its decision on Groia. My most recent thoughts are in a paper forthcoming in the Dalhousie Law Journal, (sneek peek here. Law Times article on a recent panel held on this issue is here.

3. The conduct of the Canadian Judicial Council Inquiry Committee regarding Justice Lori Douglas

The inquiry committee hearing was brought about in response to the existence of pornographic photographs on the internet of Justice Douglas and to the disclosure (or not) of the existence of those photographs at the time she was appointed to the bench. In 2012, the proceedings were disrupted by a number of judicial review applications, and the resignation of independent counsel Guy Pratte. Hearings are still not complete.

As I have discussed previously, the adoption of the FLS code has its downsides, at least in Alberta, where the prior Code of Conduct was a superior document. However, the willingness of the law societies to work towards creating a common set of ethical standards for Canadian lawyers is a remarkable development in Canadian lawyer regulation, which has not generally featured a high level of national coordination.

2012 saw the first class of Thompson Rivers University finish its first year of law school and “overwhelming interest” in attending the law school at Lakehead University. In addition, law schools outside of Canada seek to serve the market for legal education in Canada, with Arizona State University seeking to grant a “North American law degree” to qualify graduates to practise law in both Canada and the United States. All of these facts appear to be true: there is enormous demand for law school; individual litigants cannot afford counsel in litigated cases; there is a shortage of articling positions; many sole practitioners operate in economically marginal circumstances; it is not clear that all Canadian lawyers are competent and providing a high quality of legal services. This demonstrates the point that regulation of the legal services market is complex, and structuring regulation to foster the accomplishment of optimal economic outcomes very difficult.

6. The proposal for a private, religious law school

Trinity Western University has proposed the first private and religious law school in Canada. TWU’s application is seen by many in the legal academy as undesirable given its official policy that students must agree to refrain from “homosexual behaviour.”

The question of regulating conflicts of interest was less at the forefront of Canadian legal ethics than in past years, and less than it is likely to be in 2013. This year, the Supreme Court of Canada will likely decide Canadian National Railway v McKercher LLP. The LSUC is also likely to release its decision in the disciplinary hearing of Beth DeMerchant and Darren Sukonick in their representation of Hollinger Inc. It should also be noted as evidence of the ongoing controversy around conflicts that in Alberta, the law society only adopted the FLS code’s approach to conflicts of interest after modifying it significantly.

9. Internationalization and regulation of law firms

In 2011 Macleod Dixon merged with the international law firm Norton Rose LLP. In November 2012 Fraser Milner Casgrain announced its intentions to merge with SNR Denton and Salans in 2013. This is a significant development in Canada, where previously the pre-eminent firms have been Canadian based, with only limited international operations Does the internationalization of Canada’s law firms foreshadow other changes here reflecting those elsewhere, or will Canada remain the conservative outlier that it has been since other jurisdictions moved away from self-regulation and it did not? It should be acknowledged that British Columbia has taken steps toward the direct regulation of law firms in 2012 through amendment of the legislation empowering its law society.. This follows from Nova Scotia’s prior amendment of its legislation permitting findings of professional misconduct against law firms. Both are welcome developments.

In 2012, Canada hosted to the 5th bi-ennial International Legal Ethics Conference. Last year also saw the formation of the Canadian Association of Legal Ethics. These developments show the growing sophistication of legal ethics in Canada, which as recently as 2000 Adam Dodek described as a “subject in search of scholarship” [http://papers.ssrn.com/sol3/papers.cfm?abstract_id=1267228 ].


This is an edited version of University of Calgary law professor Alice Woolley’s top 10 legal ethics post from Ablawg. Click here to read the full version.