This week, the Supreme Court of Canada will hear four appeals. Three of these are related, involving a potentially huge class action against credit card companies based on the legality of “conversion charges” under the Consumer Protection Act. 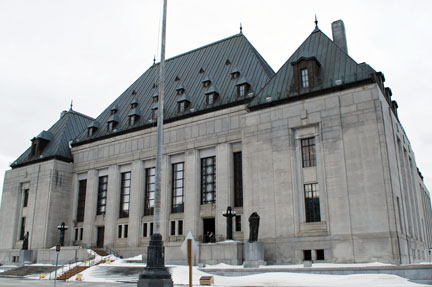 Civil law: The individual respondent, Larry Hrynew, and corporate respondent, Canadian American Financial Corp., were found liable of civil conspiracy against the respondent, Harish Bhasin, by the Alberta Court of Queens’ Bench. CAFC sought to have Hrynew audit Bhasin’s business, but Bhasin refused to hand over confidential information to Hrynew, a competitor. CAFC then gave notice it would not be renewing Bhasin’s contract. The Court of Appeal dismissed Bhasin’s suit, finding the lower court neglected the unambiguous nature of their contract.