Raynold Langlois, pre-eminent Quebec corporate counsel and founding partner at Langlois Kronström Desjardins, passed away yesterday at the age of 73. 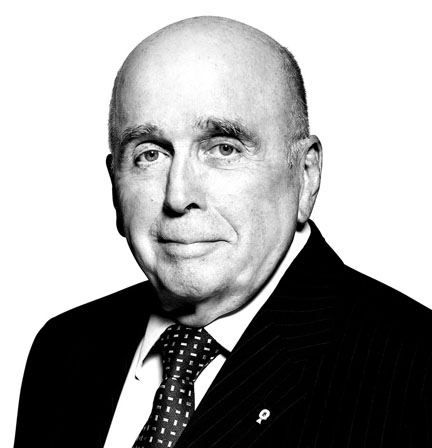 Perhaps best known for his work in the 1980s representing the federal government before the Supreme Court of Canada during the references on the repatriation of the Canadian Constitution, Langlois was a formidable litigator and savvy political adviser.

He appeared before the SCC in more than 40 cases, and represented Quebec’s National Assembly in proceedings related to parliamentary privilege. He also represented the federal government in Urea Formaldehyde Foam Insulation — the most complex product-liability suit ever litigated in North America.

Langlois is survived by his wife, Céline Garneau, five children and 10 grandchildren. Chantal Chatelain, manager of LKD’s Montreal office, issued a statement on behalf of the firm yesterday:

“Mr. Langlois was a devoted family man and a person who inspired everyone who had the privilege of crossing his path. He had a big heart and a keen mind, and was an exceptional man whom we will all miss. He was highly regarded as a lawyer and advocate and an exemplary professional and mentor who enjoyed the esteem of both bar and bench, as well as of his clients. He contributed to advances in many areas of the law, through his outstanding involvement in and commitment to the practice of law."

A tribute page has been set up in honour of Langlois, and expressions of condolence and respect are pouring in from Quebec legal luminaries:

“[Translated] A great friend, a great lawyer, a great man has left us. Words cannot express how sad I am to hear of this. My most sincere condolences go out to Céline and the family.”
– Yves Fortier,
Cabinet Yves Fortier (and former Canadian ambassador to the United Nations)

“[Translated] A giant. He epitomized excellence in all respects. Brilliant. Passionate. Engaged. Respectful. He inspired many people, and I was one. Thank you, Mr. Langlois. My deepest condolences to Céline, to his children, and to all his colleagues at LKD. Our prayers and thoughts are with you.”
– Marc-André Blanchard
CEO and chairman of McCarthy Tétrault LLP

“[Translated] Certainly one of the greatest litigators of our times, and so respected by judges. Raynold knew how to frame the argument in a way that was both correct and clear. I always found him to be kind and courteous. Without really knowing him, I knew that Raynold was an example to follow, and I’m grateful for all the lessons he’s given us.”
– Simon Potter,
McCarthy Tétrault LLP

“[Translated] Raynold was a great litigator — one of the greatest of his generation — and respected by lawyers and judges. His professionalism, the respect of his colleagues, the vitality of his mind and his kindness all made him an exceptional colleague. He will remain an inspiration to us all. My deepest condolences to his family.”
– Louis Bélanger,
Stikeman Elliott LLP

“Raynold was a giant among us and an inspiration to us all. He set a standard of excellence and integrity which we should all aspire to. We have lost a friend and leader, he will be sorely missed.”
– William Brock,
Davies Ward Phillips & Vineberg LLP

The family will receive condolences at the Complexe Funéraire Mont-Royal in Montreal on Nov. 2 and 3. The funeral service will take place on Nov. 3.

The family asks that, in lieu of flowers, expressions of sympathy may be made through donations to the Palliative Home-Care Society of Greater Montreal.