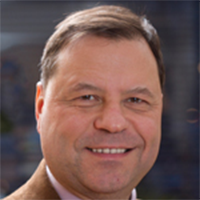 When one thinks of Alberta these days, attention often focuses on the tar sands projects and the enormous wealth being generated as companies pour billions of dollars into the infrastructure needed to suck the oil out of sand.

Tar sands, though, isn’t the only oil and gas game in town. The exploration companies can find all the natural gas and oil they want, and drillers can figure out ways to extract it, but unless that energy can get to where it is needed — major urban centres — then it isn’t much use to anyone.

No company knows that better than TransCanada Corporation, which has been moving natural gas from wellheads to storage facilities for over 50 years through a pipeline network that now stretches 41,000 km. And, if it has any say in the matter, TransCanada hopes to add a whole lot more transmission capabilities to its pipeline network.

In June, wholly owned subsidiaries TransCanada Pipelines Ltd. and TransCanada Keystone Pipeline GP Ltd. filed an application with the National Energy Board to convert a segment of the natural gas pipeline to oil transmission, part of a plan to create a 3,000 km pipeline that could move 435,000 barrels of oil a day from the Alberta oil sands to the U.S. Midwest. It involves building an additional 2,000 km of pipeline and the project has a US$2.1 billion price tag.

The company is also involved in efforts to build the Mackenzie Valley pipeline and Alaska Highway pipeline, both mega projects that involve multiple oil and gas players and could result in companies investing close to $20 billion. It’s not clear yet if either or both will go through, and some see them as competing projects.

It’s a Herculean task, but one for which McMaster comes well prepared. The former army officer has been fighting the energy wars since his call to the bar with Bennett Jones LLP in 1989. After practising there for a few years, he left in 1992 to join Blain & Company, a small firm focused on oil and gas law. He stayed until 1995, when he left to join Northridge Energy, an energy-trading firm.

Shortly after his arrival, TransCanada acquired Northridge and McMaster spent the next few years as associate general counsel at Northridge, which expanded TransCanada’s efforts into the power business. McMaster was active on the mergers and acquisitions front as the company acquired small power plants in North America to create a more diversified energy company and complement the pipeline network.

During the late 1990s, McMaster made the successful transition from the law department to the corporate executive suite, eventually rising to the position of president of TransCanada Energy, which held TransCanada’s unregulated energy business. Those assets would later be put into a limited partnership and were sold last year to Epcor Utilities Inc.

McMaster was appointed general counsel in late May, after serving for a year as vice-president, corporate development. Now, he’s responsible for the legal business across the entire parent company, including the law-heavy pipelines projects, which, he says, are “real significant. They involve a huge amount of development work and regulatory work.” It means winning over energy boards, provincial governments, and native communities.

He also inherits one of the largest legal departments in the oil and gas business, with over 130 staff including about 40 lawyers. Much of the work done by the department, he says, is regulatory and the firm even handles issuing its own debt. “We don’t have to use outside counsel too much.”

As such, McMaster says one of the biggest challenges is “to find really good in-house counsel and to rely on those people. Our lawyers are as good as any I have met. It’s amazing some of the experts we have on staff, internally.”

That’s both good and bad. Good in the sense that it serves the company well; bad in the sense the department is prime hunting grounds for law firms looking to recruit. “I think in Calgary right now, the biggest challenge is probably maintaining and keeping the good lawyers.”

He notes a number of national firms have set up shop or expanded their existing operations, and are using cash to entice people away from the corporate sector. “What I have to do is pay them as well as I can pay them and give them good work and keep them interested in the business. It’s a combination of compensation and interesting work.”

As for his objectives as general counsel, they’re straightforward. “I have two goals. One is to keep the company out of trouble. I think that’s a never-ending job.” The second, he says, is to do his part to help the company make money for shareholders and create value.

The way a legal team does that, he says, is to make sure the lawyers “work closely with the business folks as a team.” It’s all about integration, he says. However, lawyers have to recognize “there will be times you have to raise the red flag and say, ‘No, you can’t do that.’”

The number one priority facing his industry is compliance. “We’re coming off these incredible blow-ups in the United States,” he says, referring to a number of corporate scandals that have resulted in securities regulators on both sides of the border aggressively cracking down and creating a costly and complex corporate governance environment driven by the Sarbanes-Oxley Act.

Regulators “overreacted,” he says, with the result that for a large, sophisticated business, “it’s difficult to comply with the all the new rules.” Not only that, but it’s expensive. “If you figure out how much that costs on average, it’s mind boggling.”

The sad reality, he says, is despite all that spending, “shareholders and the public are probably not that much better off than they were a couple of years ago before SOX.” He bases that on his own study, a thesis he completed while doing a master’s in business law. Good compliance, he suggests, boils down to ethics and it’s hard to legislate honesty.

While much of his attention over the years has focused on energy, he must now start paying more attention to the pipeline side of the equation. He notes the two key projects, Mackenzie Valley and the Alaska Highway pipelines, are in “various stages of delay.”

In the Mackenzie situation, there are concerns about the growing costs and finding consensus among the aboriginal groups involved for the 1,200 km pipeline that will link the gas fields near Inuvik, N.W.T., with the Alberta pipeline system, and move it to markets in the U.S.

The delay in the 5,600 km Alaska pipeline, which would move gas from Prudhoe Bay, Ala., down through Canada to the lower 48 states, involves the Alaskan government and producers working out a royalty regime at a time when that state is in election mode. TransCanada is one of the parties vying to build the Canadian portion.

The Keystone project, however, is moving through the regulatory process and that, says McMaster, “will be a
baptism by fire.”