Has Justin Trudeau followed through on his promises for justice reform? Now that he is more than halfway through his elected term, we decided to give him a report card. 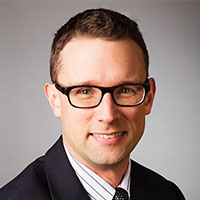 Has Justin Trudeau followed through on his promises for justice reform? Now that he is more than halfway through his elected term, we decided to give him a report card. We were not passing judgment on his promises per se but determining whether he did what he said he would do.

As you may have guessed, he received mixed grades. Trudeau made many promises before he was elected, and he has followed through with some more than others.

Like any good teacher, however, we also feel it is important to talk about effort along with performance. Does he deserve an “A” for effort despite his mixed results? To determine that, one must look at the factors that may be beyond his control.

One of the biggest obstacles for any government is limited resources. While the federal government has expended a huge amount of time and money on some promises, such as legalizing recreational cannabis and more recently a new environmental assessment regime, other initiatives such as the expansion of the unified family court system and the launch of a Court Challenges Program have languished. All these reforms take time and money, so he can’t do all of it at once with limited resources.

Another reality with many areas of justice reform is that things take time. With many stakeholders, vying interests and complex problems, there is rarely a quick fix. Judicial vacancies are still a problem, but, sometimes, finding the right candidate takes time, and ensuring diversity at the higher courts requires a pool of candidates at the trial level. For access to information, the legislation was later than promised, but the Liberals said when it was finally announced that it was a matter of “getting it right.”

But one of the biggest obstacles for any new government is institutional, i.e., the bureaucracy. While solitary confinement reform is being championed by civil libertarians across the country, Correctional Service Canada and the unions need to be onside as well. If Trudeau pushes too hard for reforms, there is risk that they will stall at the implementation.

Finally, politics can be unpredictable and events can overtake any political leader. Perhaps it should be simpler to get a pardon, but all you need is one case of a notorious criminal who got a pardon and any reforms could be stalled in their tracks.

This is not to say that we are giving Trudeau an “A” for effort. For some areas where there is a lack action — mandatory victim fine surcharge, for example — there seems to be no excuse. Neither Crowns, judges nor defence lawyers think they are working.

So, the jury is still out on Trudeau’s final grades. And many of our readers will no doubt disagree with our assessments. But like any good teacher, we are using the opportunity to send a message. We have high expectations, but if you make an effort, we know we will see results.