Winnipeg lawyer comes from behind to win mayoral race 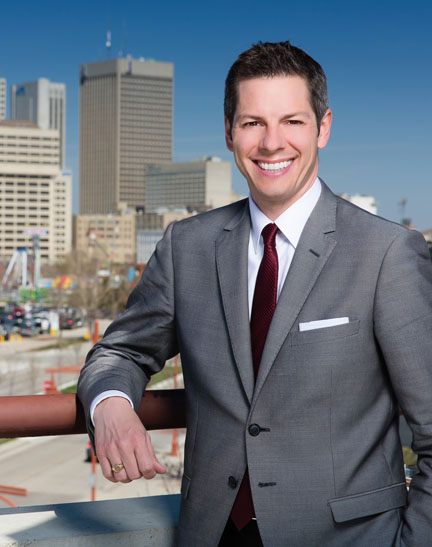 A privacy law partner with the Winnipeg law firm Pitblado, Bowman may have entered the race as an underdog, but ended up being the top vote-getter with more than 47 per cent of the ballots — more than 50,000 votes ahead of the early favourite, former NDP MP and MLA Judy Wasylycia-Leis, when the polls closed on Wednesday evening.

The 42-year-old Bowman, who was born and raised in Winnipeg and is of Métis descent, is a newbie to politics but does have a very strong history of community and volunteer involvement.

His legal practice revolves strongly around social media, which he and his team leveraged very effectively throughout the campaign. Bowman’s twitter feed was full of support and congratulations last night and today including kudos from Calgary’s popular Mayor Nenshi, who tweeted:  "Congratulations to my new big city mayor colleague @BrianBowmanWpg! What a campaign! Can't wait to meet you. #wpg14"

Bowman’s platform included a commitment to finish the city’s bus rapid transit by 2030 and to limit tax hikes to the rate of inflation, while also trimming spending to free up dollars to improve roads and infrastructure.

According to the Winnipeg Free Press, “Bowman worked his way up from an underdog with 11 per cent suport among decided voters last December to climb into third place by August with 16 per cent.” By Oct. 1, he was in secon place and a few days before the vote had edged into the top spot, the paper reports.

Back at Pitblado, managing partner Benjamin Hecht was full of praise for Bowman, who joined the in 2003.

“Brian has been an outstanding partner to work with, and we believe his innovative and forward-thinking approach will serve our city well,” he said.

The new mayor will be sworn in Nov. 4.

Bowman is an alumni of the University of Toronto law school and was called to the Manitoba bar in 2000. He and his wife Tracy and their two young sons live in the Charleswood neighbourhood in Winnipeg.