Can the legal community ‘bring them home?’

The recent Law Society of British Columbia benchers’ retreat in Penticton was used to build stronger ties with the indigenous community and gain a broader awareness of the issues underlying the Truth and Reconciliation Commission’s call to action and its 94 recommendations. 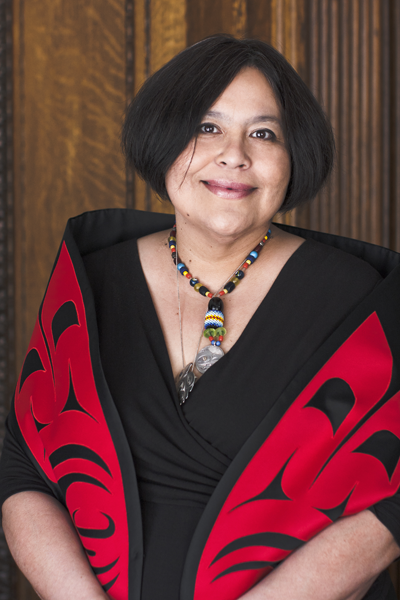 But, the underlying question, which remains, is what role the legal community can play in bringing about reconciliation for the injustices that have occurred and continue to occur in the Canadian justice system today.

Bluntly speaking: Can the legal community bring them home?

LSBC president David Crossin acknowledges that the justice system fell far short of protecting an earlier generation of aboriginal men and women and the children forced into residential schools, many of whom now lie in unmarked or unknown graves.

“The justice system really fails the indigenous population, particularly as it relates to the residential school protocol that was put in place. The legacy of those schools is horrible,” says Crossin.

It is the legacy that the justice system now deals with. In the fall of 2015, the LSBC and its benchers adopted a position to embrace the TRC report recommendations.

“The LSBC felt it was one of the most important justice issues of our lifetime,” says Crossin.

The Penticton retreat was a forum for delving deeper into key issues such as indigenous children in custody, criminalization of aboriginal people and their incarceration, and domestic violence.

It also highlighted what many have already known about Canada’s justice system.

“The justice system does not fit with [native] culture and we have to address that. We can’t ignore it,” he says.

“This is not something that will take weeks or months but rather, years,” says Crossin, who is also a member of a Federation of Law Societies of Canada committee formed to address the call to action recommendations.

Crossin quotes TRC chairman Justice Murray Sinclair, who when speaking of the report, said: “We have described for you a mountain. We have shown you a path to the top. We call upon you to do the climbing.”

The Penticton forum did not focus on the socio-economic and political problems surrounding the aboriginal Canadians, which are complex, but more on how to climb the slope.

Crossin says: “It really relates to how the LSBC will lead the legal profession on this path and on this road to reconciliation.”

He says there needs to be more public dialogue on the issues.

“It is a challenge to appreciate how to best heal these relationships. It is our task and our desire to start that process. It starts with personal relationships. It starts by sitting there and looking people in the eye and speaking the truth to one another and going forward. I truly believe we must begin this and that it is a process. It is not going to happen overnight that we come to a collaborative plan with the aboriginal community going forward.”

Crossin adds: “We will be working with the Aboriginal community to formulate a specific concrete plan of action and going forward.”

While the Penticton forum drew in mainly aboriginal representatives from the legal community, Crossin says there is a need for feedback on a broader level.

“The justice system is not just the domain of the lawyers and judges,” he says. “Our mandate is to look after the public interest and that includes thousands within the Indigenous community.”

Ardith Walkem, a First Nations lawyer with Cedar & Sage Law Corp., says an important aspect of the forum was “the different feeling at the start” as those attending expressed a curiosity and openness to explore issues.

“There was a willing to discuss issues and ask the legal profession to respond to them,” she says, as the members looked both “inward as well as outward.”

“The TRC said the law in the past had played a role in the colonization of the Indigenous people,” says Walkem. That role should be examined in the context of how the law is formed and acted upon in society, not just by the law societies but by all Canadians.

The retreat, which drew in benchers and guests from Nova Scotia, Manitoba, and representatives from other law societies, was more of a discovery process for individuals participating, says bencher Dan Smith, who commented as a First Nations member. Smith, who has worked for government, says they are slow to change.

“There are often systemic and attitudinal barriers that prevent change,” he says. “The system to date requires a change and initiating change within government is very difficult.”

Smith says there is a need for “recognition of being inclusive” in Canadian society. That need translates into native voices breaking through societal barriers and to “be included in the development of policy and regulation. . . .”

Walkem calls this inclusion challenge “one of the greatest human rights questions of our time.”