The Competition Bureau may have agreed to the Loblaw/Shoppers Drug Mart merger but based on its review the bureau’s civil matters branch will continue to monitor the grocery giant’s practices related to suppliers. 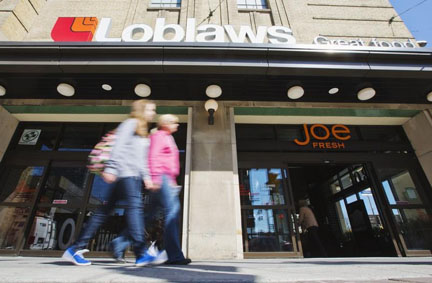 In a statement released March 21, the bureau said:

“The review by the Mergers Branch and the remedies contained in the Consent Agreement only addressed the merger-specific concerns arising from the proposed transaction. The Bureau’s Civil Matters Branch will continue to investigate Loblaw policies, agreements and conduct related to pricing strategies and programs with suppliers that reference rivals’ prices. Vigorous competition in the market is essential to ensure that Canadian consumers continue to benefit from low prices, a high quality and selection of products, and high service levels.”

Competition lawyers say it is rare for the bureau to address the effect on suppliers. For example, when Sobeys Inc. bought Safeway Canada stores for $5.8 billion, the Bureau did not address supply effects. However, once the deal was closed in January, Sobeys told suppliers they would have to cut their prices by one per cent, retroactive to Nov. 3.

Loblaw Companies Ltd. announced July 14, 2013, it would acquire Shoppers for $12.4 billion. The combined operations include about 2,738 stores and 1,824 pharmacies across Canada.

The Competition Bureau concluded the merger would result in a substantial lessening of competition in 27 local markets for the retail sale of pharmacy products and/or drugstore-type merchandise. It also found it was unlikely any entry by competitors would be sufficient to address the likely anti-competitive effects of the merger.

Therefore Loblaw was ordered to sell off 18 retail stores in Alberta, New Brunswick, and Ontario and nine pharmacy operations within certain stores in Ontario to an independent operator.

Regarding suppliers, the bureau determined Loblaw would sometimes have greater market power in its dealings with suppliers as a result of increasing the size of its purchases.

To address the concerns, the agreement imposes restrictions on certain Loblaw programs and agreements for a period of up to five years. The restrictions prohibit Loblaw from imposing certain terms on suppliers, such as those giving Loblaw a minimum margin in connection with products purchased on behalf of Shoppers stores.

The agreement also provides a two-year commitment from Loblaw not to charge penalties related to short deliveries (known as “fill rate” penalties) and not to charge new supply chain penalties and fees to suppliers that supply less than $4 million of products to Loblaw.