Copyright Board decision will have ‘little bearing’ on other cases: Access Copyright

The Copyright Board of Canada has determined Access Copyright will receive just a fraction of what it was looking for in a new tariff with provincial governments and territories. 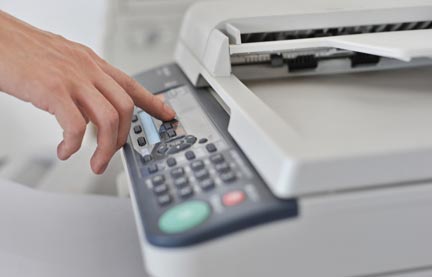 On May 22, the Copyright Board certified a tariff setting royalty rates applicable to provincial and territorial governments outside of Quebec for the copying of books, newspapers, magazines, journals, and other publications by their employees.

The royalties set in the tariff will be payable to Access Copyright — the collective that administers the reproduction right in published books, magazines, journals, and newspapers, for all of Canada, except Quebec.

The board took several factors into consideration in determining those rates. First, the evidence showed a significant proportion of government employees (about 60 per cent) do not engage in any copying.

Second, among the works that are copied by employees of provincial and territorial governments, some are not part of Access Copyright’s repertoire. Thus, such copies are not compensable under the tariff.

Third, a large portion of copying by government employees does not generate remuneration because the board found this copying was permitted under the fair-dealing provisions of the Copyright Act.

This decision does not address the on-going battle Access Copyright has had with Canadian schools and universities.

“I think the decision may have a significant impact on what the value of royalties under that tariff will be,” says Mark Biernacki, a partner with Smart & Biggar/Fetherstonaugh in Toronto.

Biernacki says the decision provides “clarity and more information for the marketplace.” He adds a key aspect of the decision is whether any copying is considered “substantial.”

“Under the Canadian Copyright Act there is no infringement unless a substantial portion of the work is taken,” he says. “In many cases, in provinces and educational institutions, you’re not taking the entirety of a work. The board took a hard look at that and really reduced the pool of compensable works by virtue of there not being substantial copying.”

The decision will alter the economics of other tariffs and that of future negotiations between users, adds Biernacki.

“If you’re a user and Access Copyright or any collective society is seeking a royalty from you, you’re going to look to this decision to inform you on what you think a reasonable price is. I think the effect of this decision is going to put a significant downward pressure on that price,” he says.

The board reached its decision by giving fair dealing, a user’s right, a large and liberal interpretation, in accordance with the Supreme Court of Canada’s decisions.

Finally, the evidence indicated that two types of copying are most common in governments: printing from electronic files and making digital copies by scanning, e-mailing, and posting.

As proposed by Access Copyright, the tariff covers printing from electronic files only for the 2010-2014 period. Furthermore, for reasons set out in the decision and that relate to the scope of the collective’s mandate, the tariff does not cover digital copies for all of its duration, i.e., 2005 to 2014.

These amounts do not account for the governments of Ontario and the Northwest Territories, which withdrew from the proceeding.

“Given the very low frequency of the making of compensable paper copies by government employees, the tariff the Board certifies is fair and equitable,” McDougall added.

On its web site, Access Copyright posted a short statement indicating it is reviewing the decision and assessing all appeal options. It states it is “deeply concerned” with the Copyright Board’s decision.

Despite the decision in this case, Erin Finlay, director of legal and government relations and general counsel at Access Copyright, indicated it remains positive there will be a different outcome when the board reviews the situation with the Canadian education market.

“While we’re disappointed in the Copyright Board decision, it has little bearing on our other cases,” says Finlay.

“The Copyright Board in the case law is very clear that fair dealing remains a matter of impression. In the provincial tariff, the board was of the impression that some of the copying behaviour of government employees was fair. The copying behaviour in K-12 schools, colleges and universities is vastly different than that of provincial government employees and we remain confident the positions taken by the educational sector are incorrect and unfair.”

The Access Copyright litigation with York University is set for trial in May 2016.