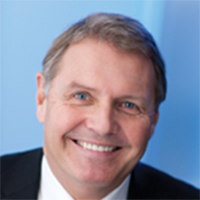 Boughton Law
OPINION
Last year, my assistant of six years came into my office and said: “My husband and I are moving to Edmonton.” Even though they lived in a condo in suburban New Westminster (coincidentally, the “burb” where I live), and the commute is only 30 minutes on the Skytrain, she and her husband wanted a house with a yard.

Yaletown, Kits, and other parts of Vancouver may be funky and trendy, but this couple couldn’t afford any kind of house with a yard without living far away in Mission, Maple Ridge, or another community where the commute could be an hour to an hour and a half each way.

In my own neighbourhood of Queen’s Park in New West, houses under $950,000 are rare. Or they’re tear downs. Or both.

Queen’s Park isn’t as chi-chi as West Vancouver or the West Side of Vancouver, but it’s a wonderful neighbourhood filled with stately heritage houses, huge leafy trees, easy access to the Skytrain, and it’s on the “Vancouver side” of the Fraser River (so there are no bridges to get stuck on during rush hour).

The point is my wife and I won the Metro Vancouver Lottery by getting into the real estate market in 1991 with our first tiny house, way before the market went crazy. Our second house (the one we live in now) is probably worth just under three times what we paid for it in 1999.

For years, I’ve been wondering three things about real estate in the Vancouver area.

First, how are my two university-aged children going to be able to afford to live in the neighbourhood they grew up in even if they became lawyers?

Second, who’s going to be able to afford to buy my house when it comes time to downsize and retire to a smaller home somewhere else? Who are the future buyers of the million-dollar houses (which we call “houses” in the Lower Mainland)?

And third, what happens when your young professionals and support staff tell you they’re sick of living in a 650-square-foot condo, so they’re moving out to the burbs? And how long will it be before they say “I’m sick of the 2-1/2 hour commute from the burbs to downtown Vancouver, so I’m quitting to take up another job in Surrey or Langley.” Or Edmonton.

I hazard to guess the same scenario plays out in Toronto where the cost of a small single-family home (with a picket fence and yard) close to the financial district is absolutely unreachable for the young associate or the indispensable assistant.

It’s great to have won the Metro Vancouver Lottery, but it creates economic and social problems when real estate becomes too expensive for younger people like our associates, our support staff, our children, and indeed, the people we hope will buy our houses one day. And this doesn’t even go near the dreaded issue of homelessness, with is another topic altogether.

The media is filled with surveys about how wonderful Vancouver is and that virtually every year, Vancouver ranks on par with (or slightly behind) Zürich, Geneva, Melbourne, and Auckland as the most wonderful places in the world to live. In fact, the Mercer Quality of Living Survey for 2014, released Feb. 19, had Vancouver pegged as the city with the highest quality of living in North America and the fifth highest quality of living in the world.

Yes, we all know it’s beautiful. You can ski and sail here in the same day (I’ve done it). You can grow palm trees in your backyard to annoy your friends and relatives in Ontario and Québec (that’s why I have three of them). You can paddleboard and kayak to work if you don’t want to use the damn bike lanes.

Sure, there’s lots of rain between November and February, but that’s why we have Mexico, Maui, and Palm Desert.

So Mercer’s annual “Vancouver Is So Damn Wonderful!” survey tells us nothing new.

The more interesting survey is the one that was released by Demographia in January, which ranked Vancouver second only to Hong Kong in having the least affordable housing the world, taking income into account.

Vancouver is a well-known destination of offshore real estate investment money. However, news reports last year suggested at least one-third of all condominiums in uber-expensive Coal Harbour were empty. They’re simply investments held by offshore owners to flip at the right time.

Some Vancouver realtors were concerned about the recent cancellation of the immigrant investor programs by the federal government, where rich people from other parts of the world (i.e. China) could effectively get permanent residency status in Canada if they invested a huge swak of money in eligible investments.

Interestingly enough, worldpropertychannel.com and the Wall Street Journal reported Singapore imposed a 10-per-cent tax on residential property purchases by non-permanent residents (foreigners) in 2011, which was raised to 15 per cent in January 2013 to fight “excessive speculation in the property market.” Hong Kong imposed a 15-per-cent tax on home purchases by foreigners in 2012 “under growing pressure from residents who can’t afford home purchases.” And to stabilize the market and cool down speculation, Hong Kong also raised taxes by up to 20 per cent on land sold within three years of its purchase, whether foreign owned or not.

Perhaps its time to think more long term in Canada’s hottest real estate markets. If offshore speculation is driving up real estate values in Vancouver and Toronto to the point where our legal assistants are moving to Edmonton, our young associates are moving to the far-flung suburbs, our children can’t afford to live in the neighbourhoods they grew up in, and we may not have anyone rich enough to buy our own homes when its time to sell, perhaps some thought should be given to cooling down that market.

Just don’t call it the HST.