By now, you may have been following the saga of the mega-disaster music festival that defrauded investors by the millions, stranded hundreds of festival-goers on a Bahamian island and culminated in the imprisonment of the 27-year-old founder and CEO, Billy McFarland. 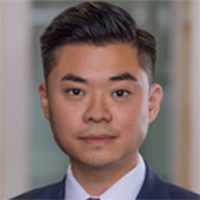 By now, you may have been following the saga of the mega-disaster music festival that defrauded investors by the millions, stranded hundreds of festival-goers on a Bahamian island and culminated in the imprisonment of the 27-year-old founder and CEO, Billy McFarland. If you somehow missed this boat, luckily for you, Netflix and Hulu recently released their own documentaries on the festival, both worthy of a watch.

The Fyre Festival was promoted as "more than just a music festival," a once-in-lifetime immersive experience that would take place on an island in the Bahamas that was allegedly once owned by Pablo Escobar, featuring luxurious living quarters and the chance to mingle with celebrities and influencers. Alas, the reality was a far cry from what was advertised, resulting in makeshift tents, subpar food and people getting locked in at the airport. Like all tragedies, there are lessons to be learned, particularly on how we can market ourselves better.

The Fyre Festival was able to gain traction and viral status because it relied heavily on its supermodel and celebrity influencers to spread the word. Through this process, the Fyre Festival was able to reach its intended target audience with someone reputable to vouch for them. Whether you are searching for an articling position or lateral move or looking to build your practice, reaching out and building genuine relationships with people who are centres of influence (those who can boost your market access and credibility through referrals, testimonials and word of mouth) is the most effective way to market yourself. The best way to keep influencers on your side is to be genuine and provide value to them in some way. The double-edged sword here is obvious: If you do poor work or develop a bad reputation, that will probably spread faster than your good deeds.

Right from the beginning, the Fyre Festival talked a big game in terms of its performance lineup, accommodation, food — basically everything — so people were expecting a lot. Even McFarland's pitches to investors were inflated with ridiculous valuations and some statements were straight up lies (like actually owning the Pablo Escobar island). Part of the reason for the Fyre Festival's failure was that they did not manage expectations and exaggerated on deliverables. If you are a newly qualified lawyer applying for a new role, writing on your resumé that you were involved with a whole transaction when you were only part of the due diligence team is clearly exaggerating your role and experience. If you say you can speak a certain language at a "business conversational" level but can only mutter a few phrases, clearly that is an exaggeration. It is not a good look when you are called out, so be careful.

And if you are called out, save yourself and just admit fault and take responsibility. This pitfall was exemplified by co-founder Ja Rule in his apology tweet when he said that, although it was not his fault (I believe he is definitely at fault as well), he took responsibility for what happened. Taking ownership of your mistakes is an all-or-nothing proposition. Admitting fault is a humbling act and is part and parcel to taking responsibility for your actions.

No one is safe from social media. Even if you don't post anything incriminating about yourself, you can bet that someone else will. Although the Fyre Festival sold out in a matter of days because of influencers sharing promotional pictures and videos on Instagram and Twitter, it went down in an equally spectacular fashion when festival-goers rained down hell in the form of live feeds on the shocking living conditions.

Reputation is a lawyer's lifeline. Sift through your social media to make sure that nothing is there that would tarnish it or paint the wrong picture of you to your colleagues or clients. What you have "liked" or retweeted in the past could come back to haunt you. Even if you have separate accounts — one business, one personal — both will be accessible and reflect you as a person and professional.

Monitoring your social media footprint is not a science and sometimes it can get away from you. Others may inappropriately share your posts or cherry-pick your statements. In a world of "fake news," this is inevitable, but being aware is half the battle.