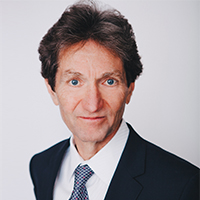 She was a terrific interview. Euphemism and circumlocution were foreign to her. She was as blunt and direct at the end of the phone line as she was in print. Maybe more so. She started her response to a question with the words, “My sense is … ” but then caught herself.

“Listen to me; I sound like a [blankety-blank] lawyer,” she said, filling in the blank with a vulgar epithet.

Traditionally, she explained, reporters just recounted lawyers’ questions and witnesses’ answers, and maybe wrote a few lines about any remarks a judge made. The typical story also included some boilerplate about the accused person’s demeanour: “he sat impassively in the prisoner’s box” was one of her personal favourites. Reporters were like stenographers.

Blatchford’s columns, on the other hand, mixed accounts of the evidence with detailed descriptions of the lawyers, the accused, the victim, and any relatives who were in court. She brought her critical faculties to a trial. She described what she wrote as “informed observation,” and while she acknowledged that her columns were “overtly opinionated” she emphasized that she wrote only about what took place in the presence of the jury, and that whatever conclusions she might draw were conclusions that any of the jurors might also have reached.

She saw this as a natural and healthy evolution of her craft. “The twentieth century has finally caught up to the courts,” she said.

The change she wrought had not gone unnoticed. The National Post's media columnist, John Fraser, wrote that this kind of reporting “could be considered in contempt of the court according to all the rules journalists and judges have abided by and enforced since the Criminal Code began in this country.” What had changed, Fraser added, is that reporters and editors -- he mentioned Blatchford by name – “have become bolder while judges and lawyers have become more forbearing.” Not too forbearing, though. Quoting an anonymous judge, Fraser predicted “a terrible reckoning.”

At an annual opening of the Ontario courts, then Chief Justice Patrick LeSage of the Ontario Superior Court said that he was “concerned about the general content and tone of some newspaper reports of criminal cases,” and added that it is “important that the right of a community to a fair trial not be jeopardized by inappropriate comments and opinions before the case is concluded. He suggested that the attorney general should be alert to such coverage and “take appropriate action.” The chief justice did not refer to Blatchford by name, though in responding to reporters’ questions later he referred to John Fraser's column, which did.

She was unchastened. She pointed out that although jurors are routinely admonished by judges not to read media reports of the case they are hearing because they may be influenced, in order to argue that a party's right to a fair trial may be compromised by a newspaper column one must assume that jurors ignore that admonition.

When I exhorted her to assume that periodically jurors may sneak a peak at newspaper reports of cases on which they are sitting, she said that a juror would have to be “fairly weak-minded to be influenced by a newspaper column.” She cited a case she covered in which the defence lawyer asked for a mistrial and an order citing Blatchford for contempt as a result of a column she wrote on the eve of jury deliberations. The jurors were each asked whether they had read the column and, if so, whether they could ignore it and decide the case on the evidence. A few jurors had heard about the story, or glanced at it, but only one juror -- who proudly identified himself as a National Post subscriber -- said that he had read it but that he “didn't find it either terribly compelling or important.”

“It was the first time in memory,” she wrote later, “that I was thrilled to hear that something I had written didn’t amount to a hill of beans, but I knew it to be true.” She found it ironic that judges, who sing the praises of jurors daily, think that jurors are so malleable that they will be influenced by a newspaper column.

“The collective influence of those of us in the media amounts to squat,” she said, with characteristic bluntness. “The jury of my peers is not composed of people whose integrity, independence and intelligence are so fragile that they need to be protected from the likes of me.”

I suspected that she was underestimating the influence of the media.

“Isn’t it likely,” I asked, “that a juror entertaining a reasonable doubt who is a regular reader and maybe even a fan of Christie Blatchford will say to herself, after reading a column ridiculing a defence counsel’s argument, ‘Christie is right; I’d become a laughingstock if I didn’t see that defence the way the police do?’”

“I don't have that kind of influence with jurors,” she insisted. “The clout I have, if any,” she added, “is with lawyers and judges. They read me more carefully because their names are in the paper.”

She added that she liked lawyers and had a healthy respect for our legal system. She compared it favourably to what she witnessed in Texas when she covered a trial there. “No one stood up when the judge entered. The prosecutor wore cowboy boots. The quality of the questions was crap compared to what Canadian lawyers would ask.”

Christie Blatchford was a prolific, tough, and fearless journalist whose vivid descriptions of what went on in a courtroom changed court reporting. We will miss her.