Zoom trials are here to stay, and that is a good thing 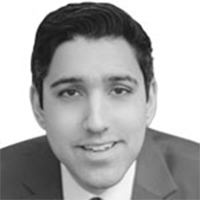 If I say the words “Zoom court,” it is bound to evoke controversy among many of my colleagues. Both Crown and defence are not ready to let go of the old way of doing things. Though there are some situations where it makes sense to prefer a physical courtroom setting, in most cases, I can summarize many of my colleagues’ objections in one word: TRADITION!

It is hard to believe that the Ontario government was forcing business-owners to close their stores on Sundays only thirty years ago. The law had its origin in the Lord’s Day Act, which was passed in 1905. When R v. Big M. Drug Mart was decided in 1985, and Justice Dickson said that the law was unconstitutional and that its primary purpose was to “compel observance of the Christian sabbath,” the percentage of the population that was either Christian or who observed the Christian faith was very different from Canada in 1905. Even after the court struck down the federal law, the power of tradition was so great that it was replaced in Ontario by the Retail Business Holidays Act, which continued to mandate the closure of all stores on this blessed day until the government finally repealed it in 1992. By then, it was so out of step with the circumstances that it went with a whimper, and the controversy has been largely forgotten.

For my colleagues who are opposed to moving towards Zoom as a permanent alternative to court proceedings, a few things need to be said. The first and most crucial point is that things will not go back to the way they were before, where witnesses testified in a courtroom by default. COVID is not going anywhere, and all of us in and out of the criminal justice system are going to have to learn to live with it. For example, it is almost impossible to imagine any judge now forcing a witness to testify in a courtroom. Suppose witnesses are immunocompromised, have respiratory ailments, have family members who suffer from such conditions, or even suffer from COVID anxiety. In that case, it is entirely reasonable and necessary that they be permitted to testify outside of the courtroom. The dream scenario of every defence lawyer to cross-examine a witness on the witness stand and destroy their credibility must adapt to this reality. Complainants and critical witnesses are going to be allowed to testify by Zoom, notwithstanding the traditions.

Zoom trials also have considerable advantages in terms of efficiency. No longer do in-custody accused persons have to be transported in a “paddy wagon” at ungodly hours of the morning to sit and wait in uncomfortable cells in courthouses to listen to the evidence. For example, in Newmarket, in-custody clients are usually held at the Central East Correctional Centre in Lindsay, some 136 kilometres away from the courthouse, which is about an hour and a half drive. I recently had a murder preliminary inquiry where my client told me he was exhausted due to being woken up at 5:00 a.m. every day to get to court by 7:00 a.m., to be processed in time to start court at 10:00 a.m. Zoom is a welcome option for many in this situation.

Zoom has also made it easier to deal with exhibits or transcripts and show them to witnesses. I no longer have to print four paper copies of exhibits (for me, the witness, the judge and the Crown) and put a document to the witness. I now put the document up on the screen and enhance it however I want. The document is then marked as an exhibit and emailed to the clerk of the court.

A new courthouse is opening in downtown Toronto where almost all Toronto matters will be heard. One of the principal oppositions to a central downtown courthouse is how far it is from some jurisdictions in Toronto, like Scarborough, and how difficult it would be for some witnesses to travel to the courthouse and make it in time for the beginning of a trial. If distance and transportation were going to create a barrier to justice due to the new downtown courthouse, the Zoom revolution would easily fix those issues.

Any current issues with Zoom, such as lack of courtroom decorum or failing internet signals, will likely be fixed with time and experience. As actors in the criminal justice system, we all have a role to play in ensuring that the importance of the proceedings, especially for the accused, is recognized and symbolized.

Whatever problems there are with Zoom, we must not allow tradition and nostalgia to prevent us from making necessary advances in the criminal justice system. Many Canadians were nostalgic for a Canada where families took a break and went to church on Sundays, but it was not reflective of reality in 1992. The traditional courtroom setting is not either in many cases. The Zoom revolution is here to stay. The only option left is to embrace it and Zoom into the future. The circumstances concerning technology have changed radically since the court system was created. Like Sunday shopping, it is time to let the past go. Soon enough, Zoom trials will be the norm, and I doubt anyone will be talking about the controversy in thirty years.