In a rare move, advance costs have been awarded in a class action against the Government of Alberta and Métis Settlements Child and Family Services. 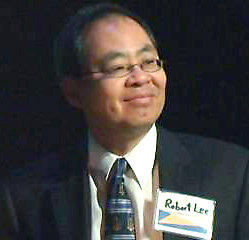 “On the merits, I thought this was one of the strongest cases that could be put forward for advance costs,” says Robert Lee, a victims’ rights lawyer at Robert P. Lee PC in Edmonton and counsel for the plaintiffs in the class action. “I anticipated we would win, but you never know. It was pretty stressful when I received the decision because the stakes were so tremendously high.”

On Feb. 10, the decision in LC v. Alberta was released, the latest in a string of cases dealing with claims that the government in that province — in particular, its child services branch — failed to file care plans in a timely way or, in some cases, at all for children in government care under temporary guardianship orders.

Lee says his reaction to the decision is mixed.

“On the one hand, I’m happy, but on the other hand, this has gone on already so long that it’s so tiring. It’s not finished. I expect that there will be an appeal and that’s the whole problem with this case — the huge disadvantage that the plaintiffs face against a government.”

Lee is already facing an appeal by the government on the class action certification, calling the string of cases an ongoing war.

“I started suing child welfare in 1998,” he says, noting that he’s not even a class action lawyer — he’s a sole practitioner who took on a few cases that ended up turning into class actions. “I might retire before this case is finished. That’s the reality. And that’s why advance costs are so important — the governments can drag these things out forever and ever and ever. The lawyers need to be able to fund themselves while the case goes on.”

Lee adds that if the government is essentially paying for the case once an advance costs order is made, it “totally changes the dynamics of the lawsuit.”

“Now they don’t have the financial advantage anymore,” he says. “They can’t grind the plaintiff into the ground.”

Lee says this is one of the first times advance costs have been awarded in a class action setting, and it’s an important decision because he sees a rise in class action lawyers turning to litigation funding companies and, “frankly, from my perspective, I don’t think that’s a healthy alternative for our legal system and for plaintiffs.” He argues that advance costs mean the well-funded defendant loses the economic advantage that causes a procedural advantage.

“Advance costs is a proper remedy where a litigant can’t get a lawyer to do the case, because these defendants go into this scorched-earth approach where they throw all their resources into trying to stop the case from proceeding,” Lee says.

Advance costs is a remedy that exists in our legal system, he says, and the application has to meet three tests as laid out by the Supreme Court of Canada. In British Columbia (Ministry of Forests) v. Okanagan Indian Band the court held that “the power to order interim costs is inherent in the nature of the equitable jurisdiction as to costs, in the exercise of which the court may determine at its discretion when and by whom costs are to be paid.”

Later, in Little Sisters Book & Art Emporium v. Canada (Commissioner of Customs & Revenue Agency) and in R. v. Caron, the SCC spelled out the three requirements needed for advance costs to be ordered. In this case, Graesser wrote out the three-prong test:

Though the case law calls advancecosts “an extraordinary remedy” and necessitates “sufficiently special” cases in order to apply, Lee says the courts generally use it in trust cases or in matrimonial cases where there’s kind of a spousal fiduciary duty, and he argues that child welfare should be viewed similarly as a special category since the government owes the children a fiduciary duty.

“Advance costs are appropriate in almost every child welfare case and I’m confident in almost any case you will find the criteria set by the SCC in Okanagan and Little Sisters — it’s met.”

While Graesser approved the advance costs, he did not set an amount. “The amount … will be determined upon receiving additional submissions,” he wrote in the decision. Lee had sought coverage for his budget of $1,774,537.50, but he says the judge said he was “not prepared to approve a budget in that magnitude.”

Lee says that even though he has the costs order, and “as a lawyer, academically, professionally, I’m so proud of this decision,” which he calls precedent-setting, he’s been fighting this battle for so many years and the piece of paper doesn’t help him pay his staff or his rent.

“In the decision, the judge says maybe we might have to wait for certification appeal,” he says, noting they just filed their factum on that appeal and he’s currently working on his response to that. “Until I see something from it, it’s just kind of more of the same — a lot of fighting against the government where they can just fight and fight.”