The Ontario Court of Appeal has given Trillium Power Wind Corp. the green light to sue the Ontario government for more than $2 billion over its cancellation of offshore wind projects. 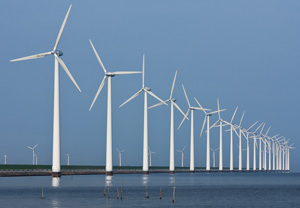 The dispute dates back to February 2011, when the government cancelled all offshore wind projects during a provincial election campaign, including four projects in Lake Ontario proposed by Trillium.

Trillium also argues the province intended to cripple the company financially so that it wouldn’t be able to fight its actions.

As a result, Trillium is seeking $2.25 billion in damages and more than $5 million in out-of-pocket expenses that it spent in preparing its first wind farm off Prince Edward County, Ont.

Justice Robert Goldstein of the Ontario Superior Court of Justice dismissed Trillium’s claim last October. However, the appeal court disagreed with part of his decision and narrowly allowed the appeal, finding that the government intended to hurt Trillium.

“We agree with the motion judge that it was plain and obvious, and beyond all reasonable doubt, that the appellant could not succeed in its claims for breach of contract, unjust enrichment, taking without compensation, negligent misrepresentation and negligence, and intentional infliction of economic harm. These causes of action were therefore properly dismissed by him, for the reasons he gives,” wrote Court of Appeal Justice Robert Blair.

“We do not reach the same conclusion, however, with respect to the claim for misfeasance in public office. We would allow the appeal on that cause of action alone and let the claim proceed, but only on the narrower basis that Ontario’s conduct was specifically targeted to injury Trillium.”