Plans to toughen up the regime for people deemed not criminally responsible will leave the public at greater risk, a criminal defence lawyer is warning. 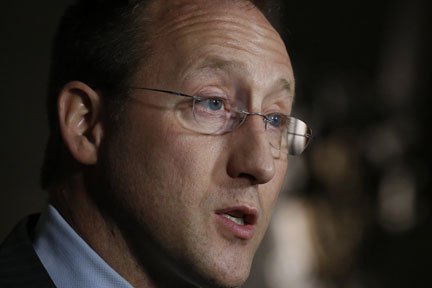 The federal government announced Monday it is reinstating a bill to reform legislation dealing with people found to be not criminally responsible, or NCR.

Under the proposals, the legislation would:
Announcing the plans, Justice Minister Peter MacKay said: “The safety and well-being of Canadians is of paramount importance to our government.

“The legislation reinstated today will put public safety first, protect Canadians from the most high-risk individuals, and enhance the rights of the victims.”

But the “knee-jerk” plan will likely have the opposite effect, says criminal defence lawyer Paul Alexander, who has acted in cases before the Supreme Court of Canada, all levels of court in Ontario, and courts of appeal across the country.

This means people with serious mental health issues may not receive the intense treatment and rehabilitation needed to ensure they are no longer a risk to the public once released, he states.

The rehabilitation of those detained in mental health hospitals is also threatened, Alexander believes, by the plan to restrict their access to the outside world.

This “flies in the face of what the psychiatrists who practise in this area are telling the government about how to ensure public safety,” he says.

NCR people need to be “let into society in a very controlled way, by gradually lengthening the leash,” he argues.

Any NCR accused could be designated "high risk" if they have committed a serious personal injury offence and there is seen to be a substantial likelihood for further violence that would endanger the public. The high risk category has been "defined quite broadly," says Tony Paisana, a criminal lawyer at Vancouver's Peck and Co.

Serious personal injury offences listed in the Criminal Code are broad in scope, and include offences likely to attract a sentence of as little as six months, says Paisana, adding that mentally ill clients who have committed such crimes may see an open-ended NCR designation as far more "onerous" than jail time.

Being detained in a mental health hospital is already "far from being let off the hook," he argues. "Institutions designated to house these individuals are far from being country clubs."

The Canadian Bar Association has also issued stark warnings about the potential impact of the reforms.

In a submission to the government, the CBA’s criminal justice section said the changes “aim to address a problem that is already well managed.” Review Boards already detain 90 per cent of people found not criminally responsible of homicide offences or attempted murder, the submission stated.

It also raised the prospect that the reforms could face a constitutional challenge.

The submission said: “A disposition of an NCR accused is not a sentence, but rather management of a mental disorder.

“The leading authorities in this area clearly state, that to be constitutionally sound, the disposition must address what has been described as the “twin goals”: protecting the public while still treating the accused fairly and with the utmost dignity and liberty possible in the circumstances.”

A government backgrounder on the proposals says the reforms would not affect access to treatment for any NCR accused person.