The results of the law firm challenge for the Daily Bread Food Bank are in with Blake Cassels & Graydon LLP coming out on top. 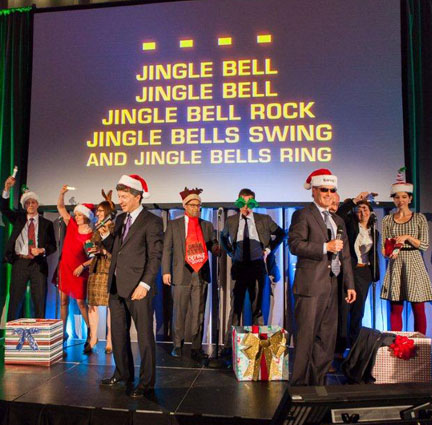 Blakes was among 29 Toronto law firms that raised $243,000 in cash and food donations for the food bank during the three-week competition.

As part of its efforts, Blakes had an event every week of the food drive: a pie duel the first week; a bake sale the second week; and raffles and karaoke at the firm’s holiday party during the third week.

Blakes raised $9,000 from the karaoke event alone. The event included a pledge drive in which firm chairman Brock Gibson and managing partner Rob Granatstein sang three karaoke songs in front of everyone at the party. Blakes also took in $20,000 from the pie duel in which Granatstein took one in the face from chief financial officer Richard Prupas.

Blakes has been organizing the law firm challenge for 11 years. The first year, the participating firms raised more than $60,000. Throughout the years, the event has brought in almost $2 million for the food bank.