Changes to accident benefits in Ontario may significantly reduce benefits

Accident victims in Ontario who suffer severe brain injuries or paralysis may find they no longer qualify for catastrophic coverage as the Ontario government looks to implement another round of cuts to auto insurance benefits, this time cutting coverage for devastating injuries. 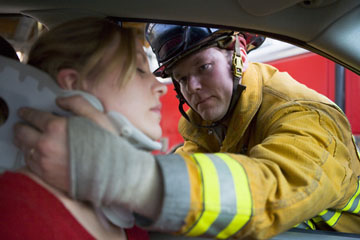 “Whereas someone with non-catastrophic injuries has access to up to $100,000 limit on accident benefits that was scaled to $50,000 and now the definition of catastrophic is being narrowed and a lot of persons with serious injuries won’t be able to meet that definition and will be capped at $50,000.”

Capulong’s firm was involved in the case of Aviva Canada Inc. v Pastore in which Anna Pastore suffered a several ankle injury in a car accident and also sustained serious psychological impairments, including a recognized pain disorder.

And in December 2011 the Ontario Court of Appeal restored clarity on when catastrophic impairment should be considered for accident victims stating psychological and physical should be combined for the determination. The case involved Robert Kusnierz who suffered serious physical injuries in a 2001 car accident, including a below-knee amputation. He also suffered from psychological problems including depression. The Court of Appeal found the judge at Kusnierz’ 2010 trial against his insurance company, The Economical Mutual Insurance Co., erred when he concluded that Kusnierz’ psychological impairments should not be combined with his physical impairments, and that Kusnierz had therefore not sustained a catastrophic impairment.

Currently, accident victims who are deemed to have suffered a catastrophic injury are eligible for basic medical and rehabilitation benefits of up to $1 million. But if the province accepts the recommendations of an expert panel being tabled today (read report here), the catastrophic injury threshold will be raised significantly.

This will result in far fewer accident victims qualifying for catastrophic injury benefits. Those denied under the proposed new rules will instead be eligible for a maximum of $50,000 in basic benefits.

“The definition of catastrophic used to include the combination of psychological and physical impairments and they are trying to get rid of that,” says Capulong. “I think a lot of the general public aren’t aware of this.”

“We estimate that the number of cases deemed catastrophic will be reduced by half if these changes are implemented,” said Andrew Murray, president of the Ontario Trial Lawyers Association, in a statement issued today.

The OTLA, Alliance of Community Medical and Rehabilitation Providers, and Ontario Safety League are holding a press conference at Queen’s Park today to put out their message that the Ontario government is about to implement another round of cuts to auto insurance benefits.