Standard brokerage contracts do not entitle real estate agents to a commission for “agreements” that fall apart after an inspection. That’s the straightforward reasoning issued today by the Supreme Court of Canada in Place Mullins v. Bisson. 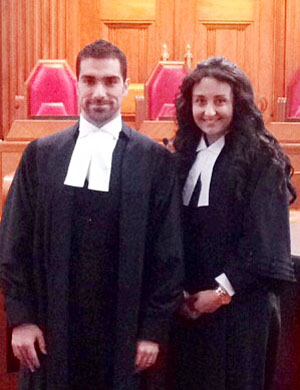 The appeal stems from a contractual dispute involving the sale of commercial real estate. Place Mullins was looking to sell one of the properties it owned and it hired broker Dianne Bisson to find a buyer.

Bisson did find an interested party, which agreed to purchase the property on condition of a clean inspection. Place Mullins agreed, but when the inspection identified soil contamination at the site — and the buyer demanded the seller pay for the cleanup — Place Mullins refused.

Bisson’s claims were dismissed at the Quebec Superior Court, but supported in a split decision at the Quebec Court of Appeal, which held that an agreement had been concluded and that the seller was partially to blame for the failure of the deal.

Today’s unanimous decision, written by Justice Richard Wagner on behalf of a unanimous court (which was originally issued orally in March without reasons), restores the Superior Court decision and makes clear it was the buyer’s decision to pull out of the deal.

The decision relies on article 1396 of the Civil Code of Quebec, which states that “an accepted promise to purchase is not equivalent to a sale and does not produce any of the effects of a sale.”

“[S]o long as a promise to purchase is not unconditionally binding on the promisor-buyer and the promisor-seller and it is not yet possible for one of them to bring an action to compel transfer of title, there is no ‘agreement to sell the [property]’ within the meaning of the brokerage contract.

“This means that no agreement to sell the immovable was concluded, and the brokerage enterprise was not entitled to be paid its commission.”

Gabriel Di Genova, the Mitchell Gattuso litigator in Montreal who represented Place Mullins before the court, says the decision is important because it clarifies that an agreement to allow a real estate inspection doesn’t necessarily constitute an agreement to rectify any problems identified by the inspection.

“That’s one of the main reasons we suspect the Supreme Court agreed to hear this case,” he says, “because at the end of the day, it would have left potential vendors at the mercy of any additional requests made by the potential purchaser.”

Wagner’s decision makes clear that, in such circumstances, it is the buyer — by placing additional demands on the seller — that is negating the agreement. And since the vendor is not the one preventing the performance of the contract, the broker is not entitled to a commission.

The decision makes an exception, however, where it can be proven that the vendor has been acting in bad faith. If Place Mullins had known about the contamination or was actively discouraging the buyer from inspecting the property, then it could be argued that the seller was interfering with the contract.

That was not the case here, says Di Genova: “The question of bad faith was never in dispute. . . . All of the parties agreed that the potential purchaser and potential vendor and even the agent were in good faith at the time.”

The decision also clarifies the scope of declarations contained within standardized brokerage agreements, including the declaration in the Bisson contract that the property “was in accordance with environmental protection laws and regulations.”

Counsel for Bisson had argued that Place Mullins should be held accountable for this declaration, but Wagner’s decision explains that such warranties apply only to the buyer after the sale.

“The warranties only trigger when the sale becomes unconditionally binding to both parties,” says Di Genova. “Had it been discovered down the line, then yes, there could definitely have been a claim against the vendor, but it was discovered during the due diligence phase, and at this point the potential purchasers had knowledge of it.”