A Federal Court judge in Vancouver on Wednesday ruled medical marijuana patients have the constitutional right to grow their own cannabis, striking down a ban introduced by Stephen Harper’s previous Conservative government. 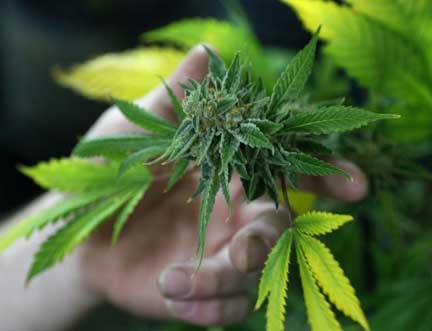 The court suspended its decision for six months to give Ottawa time to respond.

A group of British Columbia residents took Canada to court in 2013, arguing a new law requiring medical marijuana patients to buy their cannabis from licensed producers, instead of growing their own, was unconstitutional.

They said marijuana grown under the government system was too expensive and did not allow them to control the strains and dosages of their treatment.

The government, which overhauled its medical marijuana program in 2013, argued that its mail-order system was safer for both the patient and other Canadians, who could be negatively impacted by unsafe home grow-ops.

In his decision in Allard v. Canada, Federal Court Justice Michael Phelan said that restrictions imposed by the Marihuana for Medical Purposes law were arbitrary.

“The access restrictions did not prove to reduce risk to health and safety or to improve access to marihuana — the purported objectives of the regulation,” he wrote.

The Canadian government must now decide if it will appeal the decision.

Prime Minister Justin Trudeau pledged during his election campaign to regulate and legalize recreational marijuana, though his ruling Liberals have not addressed their plans for medical marijuana at length.

Shares of medical marijuana producers plunged on Wednesday after the ruling, with Canopy Growth Co falling 10.79 per cent to $2.81, OrganiGram Holdings dropping 9.88 percent to 73 cents and Aphria Inc down 12.4 percent to $1.13.